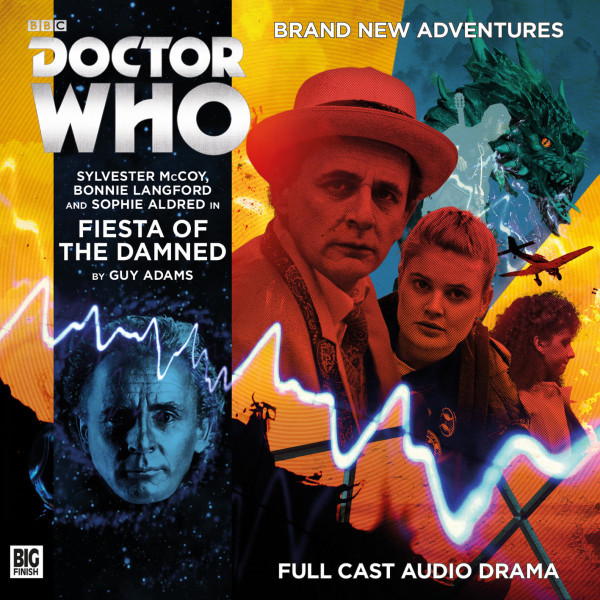 215. Doctor Who: Fiesta of the Damned

In search of "a taste of the real Spain", the TARDIS transports the Doctor, Ace and rejoined crewmember Mel not to sizzling Fuerteventura, or the golden sands of the Costa Brava – but to 1938, amid the horrors of the Spanish Civil War.

Having fallen in with a rag-tag column of Republican soldiers, the time and space travellers seek shelter from Franco's bombers in the walled town of Farissa – only to discover themselves besieged by dead men returned to life...