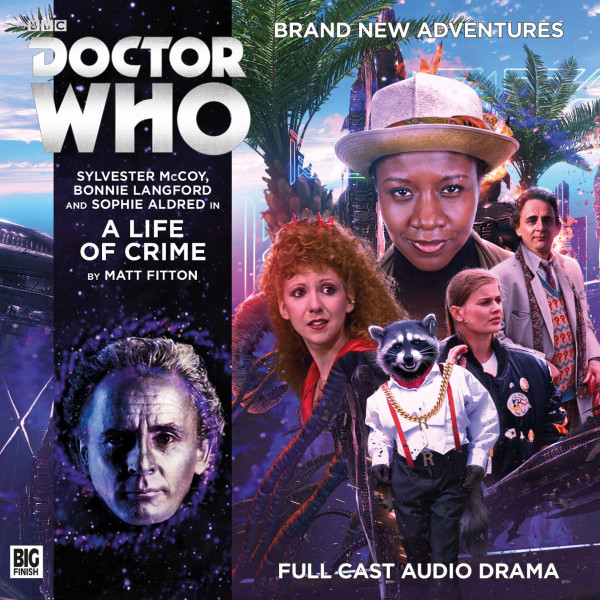 (This episode opens the July 2016 release Doctor Who - A Life of Crime and was first offered here as an exclusive to subscribers to the Big Finish newsletter, with a code presented in each July newsletter)

Come to Ricosta! Tropical climate, untouched beaches, fabulous cuisine... and no extradition treaties. The perfect retirement planet for a certain type of 'business person' – such as Ms Melanie Bush, formerly the co-owner of the Iceworld emporium, now on the run from her former criminal associate's criminal associates...

Some other former associates of Ms Bush are abroad in this space Costa del Crime, however. Not long ago, the time and space traveller known as the Doctor arrived here, alongside his sometimes-criminal associate, the reformed juvenile offender Ace. But now the Doctor's gone missing – and Melanie Bush is about to learn that on the planet Ricosta, the wages of sin... are death.