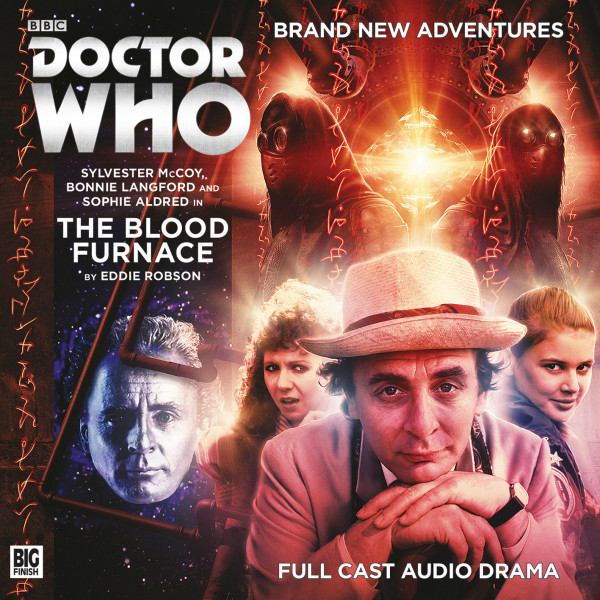 228. Doctor Who: The Blood Furnace

"McCoy, Aldred and Langford make an engaging TARDIS team with Bonnie particularly coming in for praise – she has completely thrown off the shackles of her TV persona and made Mel a real person with real motivations" Planet Mondas

"‘The Blood Furnace’ does a great job of building relationships between our regular and rotating cast. For example, Mel knowing one of the guest character’s helps us invest in the story and understand that there’s a chance that Mel may leave, again. Each of the leads is given time to shine with Ace having one of the funnest moments in a video game scene. Fans of this TARDIS team should not be disappointed." Blogtor Who

"The threat in this story by Eddie Robson feels like one Andrew Cartmel as script editor would have used. The idea that dock yards are closing down and people being so desperate as to not ask too many questions when someone saves their job; as they are hurting for money. 9/10" Indie Mac User

The TARDIS brings the Doctor, Ace and Mel to a recently reopened shipyard in Merseyside. It's 1991, the hardest of times - but now they're shipbuilding once again, thanks to the yard's new owners, the Dark Alloy Corporation. A miracle of job creation - but is it too good to be true?

While the Doctor and Ace go in search of an alien assassin at loose in the yard, Stuart Dale, discoverer of the near-magical Dark Alloy material, has an extraordinary proposition to make to his old college friend, Mel.

But who is the Corporation’s mysterious client? Who does she really represent? And what's the secret of the Blood Furnace? Seeking answers, the Doctor and friends are about to find themselves in very deep water…