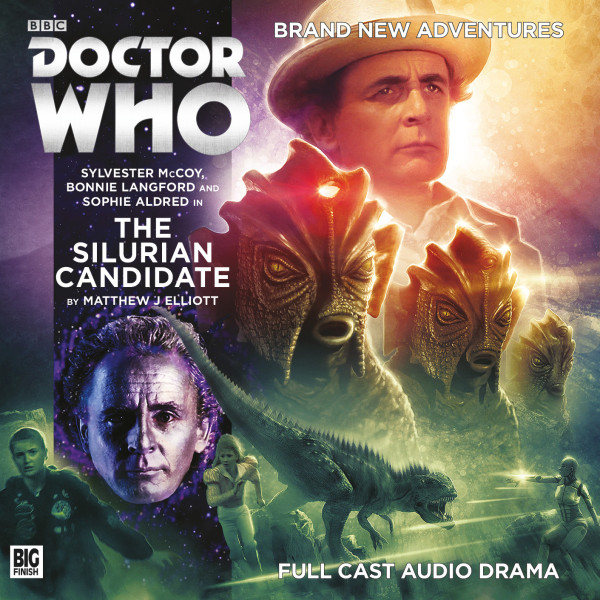 229. Doctor Who: The Silurian Candidate

The year is 2085, and planet Earth remains on the edge of a nuclear precipice. At any moment, either of two vast rival power blocs, to the West and the East, might unleash a torrent of missiles, bringing about the terrible certainty of Mutual Assured Destruction.

But there is another way - or so Professor Ruth Drexler believes. Hence her secret mission deep in Eastern bloc territory, to uncover a hidden city, never before glimpsed by human eyes: the Parliament of the Silurians, the lizard people who ruled the Earth before humankind.

There, she’ll encounter a time-travelling Doctor, who knows the Silurians well. A Doctor on a secret mission of his own.

Tense political thriller sums this story up, but does no justice to the layers of story telling, the character development and the scope and scale of its ambition. It has the best name for a Doctor Who story ever and is on course to end up top of the pile for this years main range releases. A classic that needs to be heard. 10/10

The script moves along nicely, and even explains why there’s only a handful of characters involved, despite there being a nuclear war in the offing. There’s a degree of humour and inside references that the long-time fans will get.

The struggle between humanity and Silurians is dealt with in an interesting way and the Silurians always represent a great challenge to our moral authority as the original inhabitants of the Earth. Great direction and casting as always by Ken Bentley.