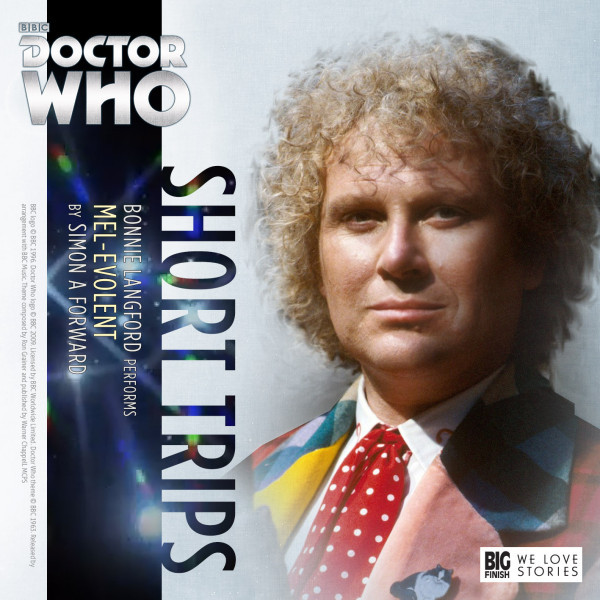 Written by Simon A Forward

"a very enjoyable story thanks to a brilliant script that is effortlessly brought to life by Bonnie Langford... Everyone deserves a lot of praise for this enjoyable slice of the dark side of ‘Doctor Who’." Blogtor Who

"This is a barnstorming Doctor Who fairy tale, and among the best examples of its kind, because it goes that extra mile on every level… It’s early in the run yet, but Mel-Evolent could well become a highlight of the Short Trips’ eighth season." Massmovement

"An enjoyable tale that gives Bonnie Langford a chance to let loose some of Mel’s darker side." SciFi Bulletin

Release #38 is a Sixth Doctor and Mel story.

Mirror mirror on the wall, something stalks the TARDIS halls...

A glimpsed reflection in a dark and dusty corner leads Mel on a journey Through The Looking Glass.

Mel must face the evil at the heart of it all, while the Doctor battles to save a TARDIS determined to prove it’s not only bigger on the inside, but darker. Much darker.