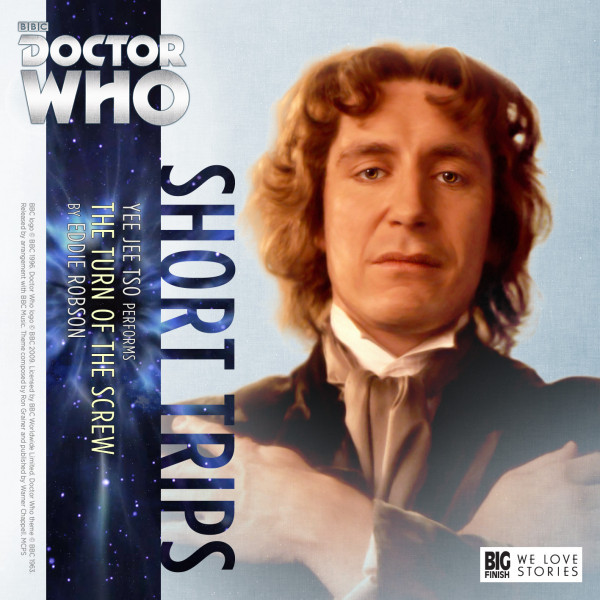 8.3. Doctor Who: Short Trips: The Turn of the Screw

Download
US $3.68
Buy
Save money with a bundle Login to wishlist
12 Listeners
recommend this

Charlie Sato has been chasing a bit of alien junk from England to Puerto Rico. He's finally got his hands on it - but now he's got to get it safely off the island. The aliens he stole it from want it back, and someone else has hired a group of thugs to get hold of it. And then there's the original owner - he might come looking too.

All this for a screwdriver? Someone, somewhere must want to unscrew some pretty important screws.

Recorded on: 27th March 2017
Recorded at: The Soundhouse

Robson provides an all action story set in Puerto Rico and it is tremendous fun, if a touch grittier than we might usually expect… Yee Jee Tso give a spirited performance in the first person… He handles the action scenes ably, and colourfully brings the other characters to life. 4/5

Last year, the Short Trips went from strength to strength. Judging by this one, the new year will go even further! Brilliant script full of action and humour, expert directing, great delivery, stunning sound work.

Yee Jee Tso barrels the story along with a likeable, knowing tone that makes us want to hear more from Sato in future audios… pacey, cheeky, joyful Doctor Who sprinkled with peril that grows and grows to a gulping pinnace. It’s great to break Charlie out of the Vault.

The story itself, by Eddie Robson; is perfect. 9/10