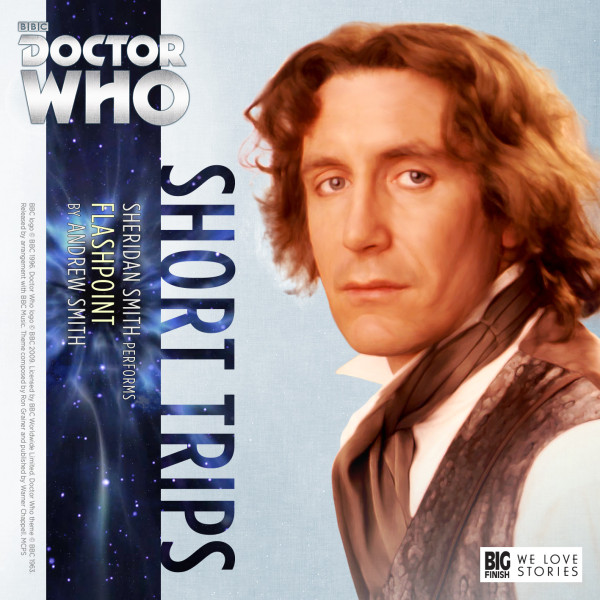 Download
US $3.70
Buy
Save money with a bundle Login to wishlist
9 Listeners
recommend this

Cerberin: the famous storm world. Seen from space, it’s a spectacle of light and colour that draws tourists in their thousands.

Escaping an attack by gangster assassins, and separated from the Doctor, Lucie Miller finds herself stranded on the surface. The killers are in pursuit, she has a child to protect, and lightning is striking all around.

Then a shape approaches through the storm, moving with heavy footsteps...

Recorded on: 29th January 2016
Recorded at: The Moat Studios

This kind of 'stream of anxiousness' narrative is an ideal medium for Sheridan to revisit Lucie... Along with its other virtues, Flashpoint is an object lesson in how lucky we are to have her in our world.

Flashpoint is easily among the top ten things you can spend your time indulging in for half an hour while fully clothed and sober. Yes, it really is that good...