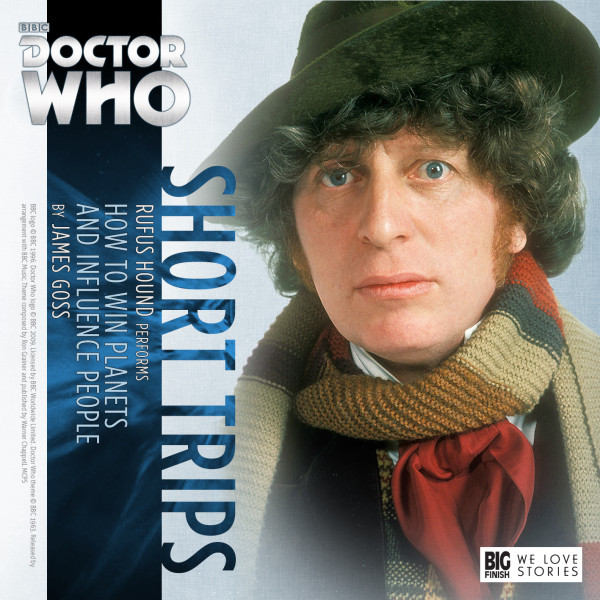 7.6. Doctor Who - Short Trips: How to Win Planets and Influence People

Download
US $2.99
Buy
Bundles Login to wishlist
24 Listeners
recommend this

How to Win Planets and Influence People is a Fourth Doctor, Harry and Sarah story.

10AM: Our Opening Guest Speaker discusses Strategic Invasion Plans, including things to look out for, Time Lords to avoid, and tips on crushing the lesser races

11AM: Biscuits and Coffee

12PM: Continuing on from his opening talk, our Guest Speaker discusses bringing the universe to its knees

A dynamic talk with slides. The Meddling Monk has lectured widely for several centuries, and his wisdom is contained in the following bestsellers: The 7 Habits of Truly Terrible People, Who Moved My Sun?, Feel the Fear and Detonate It Anyway, The One Million Year Manager and Ice Men Are From Mars, Karate Is From Venus.

"This script is full of some real gems. The idea of letting The Monk in front of an audience is perfect for both the character and Rufus Hound who savours every last syllable... I give this 10/10 invading forces", Indie Mac User

"It’s not often I say this, but I genuinely believe that Rufus Hound was born to play the Monk. James Goss absolutely hit the nail on the head with the writing too, and the story was extremely well paced and engaging, 98%", Gallifrey Archive