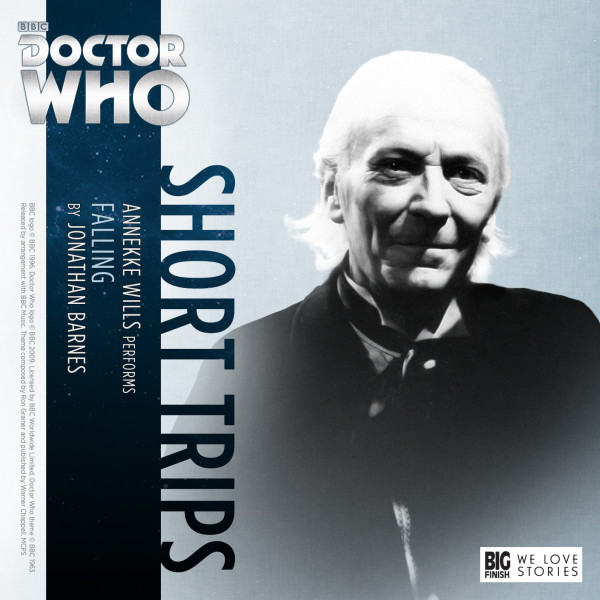 "Anneke Wills has a voice that can be listened to for hours, and in Falling she quickly finds the voices of all four characters... manages to get straight to the heart of what Doctor Who is all about: helping others in time of crisis. Perfect." Mass Movement

"A rather poetic lesson in balance and symmetry given life and context by Polly’s apprehension at something as everyday as moving home, told beautifully and lyrically by Anneke Wills 9/10" Planet Mondas

"it was just how eloquent Barnes has written this script, the words seem to dance off the page when read by the brilliant Anneke Wills, and every sentence is complex and beautiful. " Gallifrey Archive

Release #29 is a First Doctor, Ben and Polly story.

Long, long ago, Mrs Polly Jackson travelled in the TARDIS with her friends, the Doctor and Ben. Together, they saw many remarkable things – some magical, some terrifying, some filled with awe and wonder. Only one incident, however, was truly inexplicable, a single encounter which failed at the time wholly to make sense. At least, that is, until today…