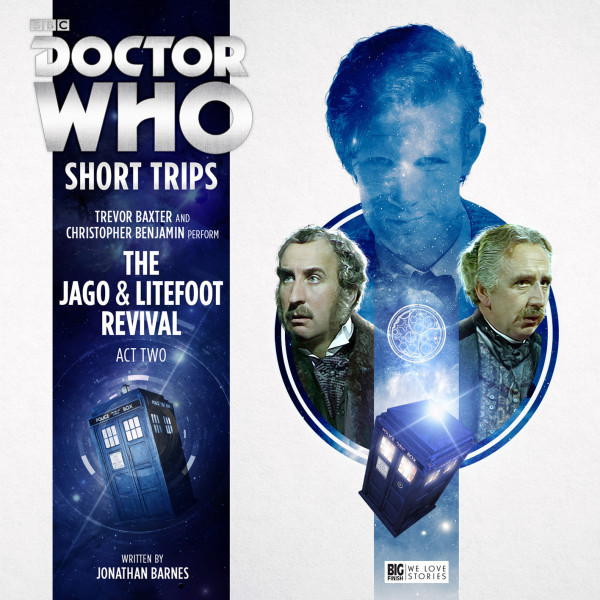 Download
US $2.99
Buy
Bundles Login to wishlist
18 Listeners
recommend this

Fresh from another superlative season on the boards at the New Regency, we are this evening elated to welcome that master of melodrama, that sultan of story, that king of the cliffhanger Mr Henry Gordon Jago. Tonight, in his usual matchless and majestic manner, he will continue and conclude our captivating chronicle of fortune, change and revivification, with the indispensable assistance of that peerless pathologist, Professor George Litefoot.

"...A story that delights in the etymological supererogation of the English language, Baxter and Benjamin swilling vowels and consonants around their mouths like a fine claret," Doctor Who Magazine

"In Jagoees, I give this a devilishly, dazzlingly, distinguished 10 out of 10," Indie Mac User

"All in all, the second act of The Jago and Litefoot Revival is as strong as the first, we tie up all the loose ends whilst being taken along a rip-roaring ride with Jago, Litefoot and the Doctor... it has to be a must buy, not just for any Big Finish or Jago and Litefoot fans, but for any fans of New Who too, 92%", Gallifrey Archive

"Another terrific crossover between classic and new Who brought to life with style. 9/10", Sci-Fi Bulletin