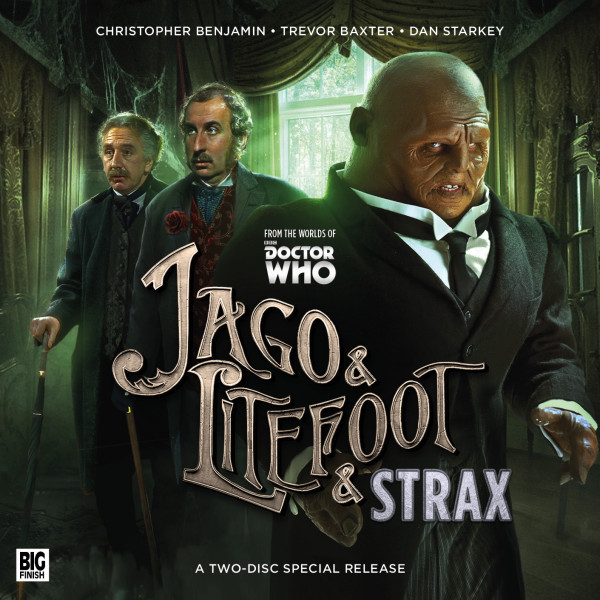 Strax, the Sontaran butler to Victorian investigator Vastra and her wife Jenny, suffers a disorienting attack and mistakes Jago & Litefoot for Jenny and Vastra and moves into Litefoot’s home. Together, they are on the trail of a creature that is stealing brains, which may or may not be linked to a haunted house in London...

Bringing these characters together is an inspired move... To quote Strax, "A victory war cry is in order. Cheers!"