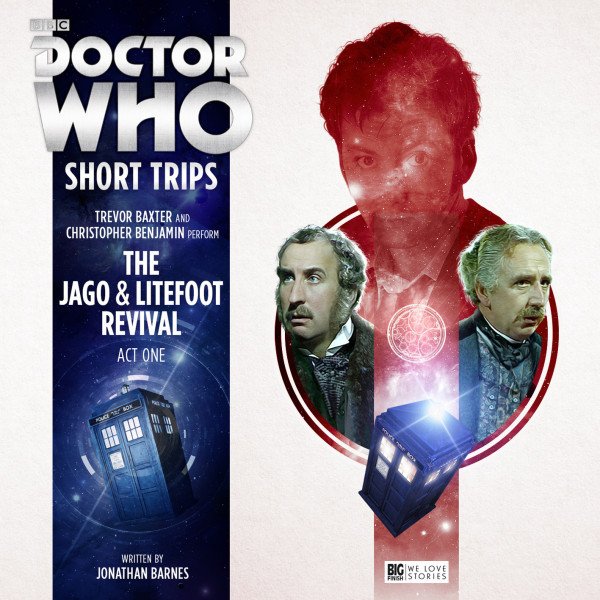 Download
US $2.99
Buy
Bundles Login to wishlist
17 Listeners
recommend this

"A joy from beginning to end imbued with a warmth and a depth of character, wonderfully performed with exceptional sound design. A triumphant new addition to the Short Trips range, April cannot come quickly enough. 10/10", Planet Mondas

"I’ve tried my upmost best in this review to not disclose anything that could be considered a major spoiler, but if you’re looking for a story that features Jago and Litefoot, and/or the Tenth Doctor, and/or a Victorian setting and/or an extremely cheap story, and/ora strangely sinister harmonica, then I can’t recommend this story enough; and I myself can’t wait to see what happens in Act Two in April, 94%", Gallifrey Archive

"The Jago and Litefoot Revival gets off to a thoroughly entertaining start with this first part that sports strong writing and voice performances – and even squeezes in a fantastic fan-pleasing twist to boot. Roll on next month’s second act. Or, in other words, Allons-y! 9/10", Starburst Magazine

Release #27 is a Tenth Doctor and Jago & Litefoot story.

Tonight's lecture to the Club For Curious Scientific Men will be given by Professor George Litefoot, pathologist - assisted by his esteemed colleague Mr Henry Gordon Jago, theatrical impressario - who will recount a sequence of outlandish events in London and Greece, ruminate upon the nature of good fortune (or rather its absence), and provide a surprising account of a mercurial old friend. The lecture starts at 7:30 and will include an interval.