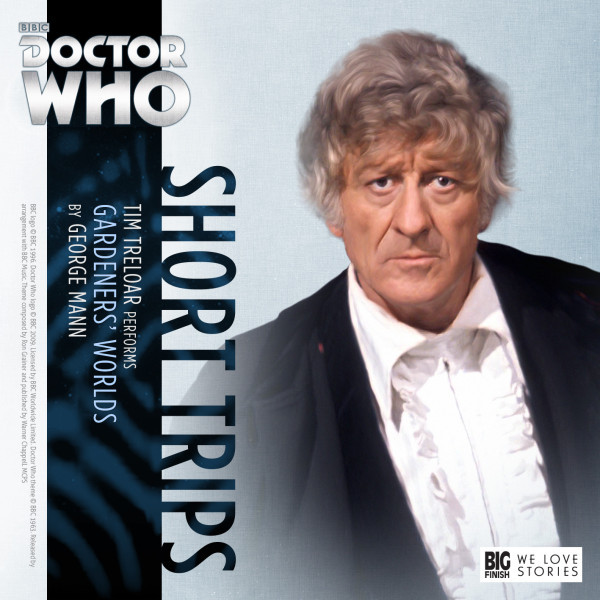 "If Alan Bennet had abandoned his life’s work, then formed a writing partnership with John Wyndham and they had both dedicatd themselves to crafting a Doctor Who story that lay somewhere between The Spearhead from Space and The Daemons, I suspect it would follow a similar gentle, yet eerily disturbing path to Gardener’s Worlds," Mass Movement

"‘Gardeners’ Worlds’ is an enjoyable way to spend half-an-hour, especially if you want a quick trip back to the seventies! This story is quaint, like the village it is set in but quaint isn’t a word to describe the ideas behind it, 9/10", Blogtor Who

Doctor Who: Short Trips Monthly is a series of new short stories read by an actor regarded for the role.

Release #26 is a Third Doctor and Jo story.

Strange occurrences plague the village of Colston Burghley – a mediaeval monument has appeared on the village green, postboxes have disappeared…and there's trouble in Meredith Bright’s back garden. When Mike Yates finds himself at a loss, it's down to the Doctor and Jo Grant to get to the root of the trouble...