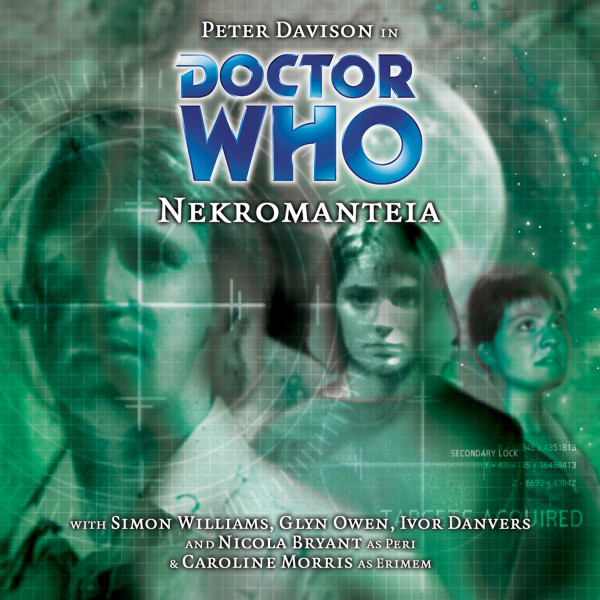 In the depths of space a little known district harbours a terrible secret. Long known as a place of death, it claims thousands more lives as a great corporate space-fleet goes to war. As the fleet screams out in fear and pain, an irresistible voice calls out to three travellers and a macabre mind sets a deadly trap.

The Doctor, Peri and Erimem face the terrors of Talderun and the wrath of a corporate empire as they struggle to understand the hideous secret of the domain of the dead, a district known in legend as Nekromanteia.

This story takes place between the television adventures Planet of Fire and The Caves of Androzani, and after the Big Finish audio adventure No Place Like Home