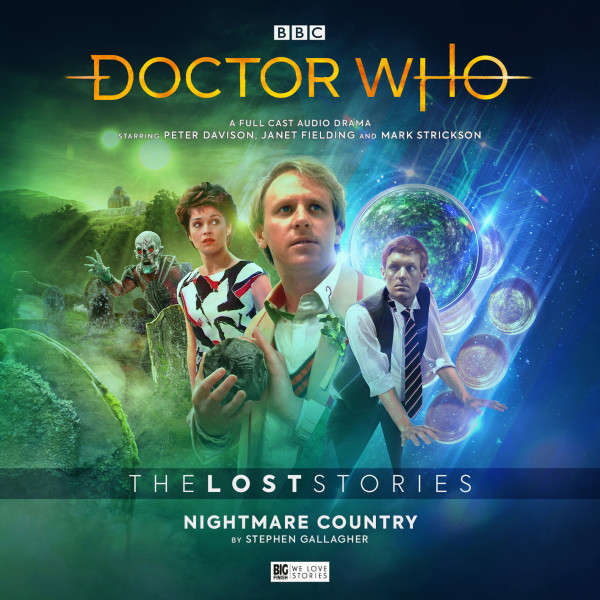 CD + Download
US $18.07
Buy
Download
US $15.66
Buy
Save money with a bundle Login to wishlist
28 Listeners
recommend this

The Doctor wakes up on a planet of relics, a dead world, a hostile world... He has no memory of who he is, or how he got to be here. He'd better remember soon, because the very structure of reality is at risk and it all has something to do with that strange blue tomb with the light on top.

In the moment of creation you’re making art for the ages, only to realise that everything’s written on water. But like a returning comet, Doctor Who stays in your life.

Nightmare Country was my detailed pitch for Season 21 and would have been my third story for the show, but for a terse note from the production office that read, "You’ve sent us another million-dollar movie and we just can’t do them."

Some ideas you can recycle, some parts you can reuse; but where do you find another show like Who? So my million dollar movie went into the files and I moved on, until the day my and the Doctor’s paths crossed again.

Sometimes, it seems, you just have to stay ready and keep the faith.