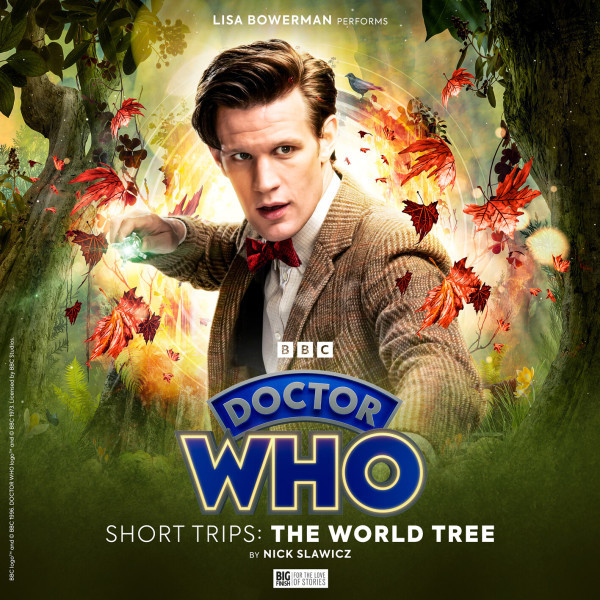 Login to unlock for free!
Login to wishlist
26 Listeners
recommend this

Nora Wicker is forgetful. Not big things - not yet, anyway. She remembers her address and where the shops are. She remembers people when they come to visit, no matter how rare that is.

About the winning entry

Nicholas Briggs said: “What struck me about this story is how very moving it was. It’s a sensitive subject, handled very deftly. And during the judging session, it just kept floating to the top of our lists. We all loved it.”

Gabby De Matteis added: “There's such a strong warmth to The World Tree. Even on a first read, I could feel Nick's writing squeezing at my heart from the off! Nora Wicker feels like a real, living person and I totally believed in her story, her marriage and her memories.

“Nick's writing is so assured, too. His approach to the Doctor Who universe is a thoughtful and tender one, and he's depicted the Eleventh Doctor beautifully. Smart, empathetic and a little sentimental which are, in my view, all of the best qualities that a Doctor Who story can have.”

Alfie Shaw agreed: “There's always something special about bringing a new writer into the world of Doctor Who, and that's why the Paul Spragg Opportunity is an annual delight.

“It's very refreshing for my involvement to end once the judging process is over, and to experience the final piece like the rest of the listeners. Nick's pitch was very strong and I love the Eleventh Doctor, so I can't wait to hear The World Tree.”

Peter Anghelides concluded: “I’ve enjoyed working with Nick as he completed the story. He understands what makes a good Short Trip which, I think, is a character piece that illuminates the Doctor and their world. He’s captured the Eleventh Doctor very well.

“I think any Doctor Who fan will enjoy this but those who especially love the Eleventh Doctor will also note nuances that illuminate the era. It's a very worthy 2022 winner and our congratulations and thanks to Nick Slawicz for writing The World Tree.”

Q&A with the writer Nick Slawicz about his winning story

What was it like finding out that you had won?
"I was mostly surprised as I know how many people enter this opportunity every year. It was shocking to especially see Peter Anghelides’ name pop up as I have one of his books on my shelf!”

What was the inspiration for your story?
“I started out wanting to write a story where time was important. One of my favourite things about the Eleventh Doctor is that he’s a character who throws time as a way of solving problems. I wanted to capture that with the idea of ‘what would happen if the Doctor was the one who caused the problem and also had to solve it?’. It built from there!”

Why did you decide to write an Eleventh Doctor story and how did you find it?
“Everybody has their own Doctor and for me it’s always been the Eleventh right from the first episode. When it came to writing for Eleven it was important for me to get the two aspects together where he’s an old mind with a young face. He’s also desperate to be the smartest person in the room.

What advice would you have for anyone entering next year's opportunity?
“Try and have a story that fits the 5,000 words that you get to tell it. If you stretch it out too thin, you’re just going to have to cut things and it’ll absolutely break your heart to delete the best joke you’ve ever written.”

Shop all audiobooks
Previous release in this range: Doctor Who: Short Trips Volume 12