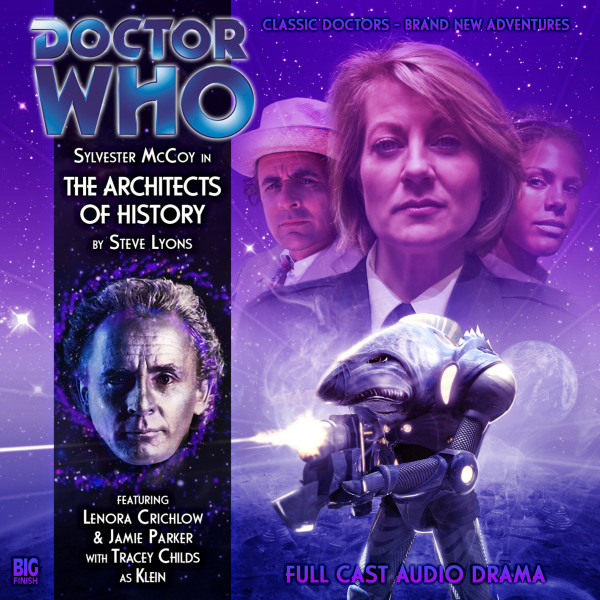 132. Doctor Who: The Architects of History

The year is 2044. Earth is enjoying a Golden Age of peace, prosperity and technological advancement… but somebody is plotting to destroy all that. The Selachians, shark-like alien monsters, launch a crippling attack on Earth’s Moonbase, using deadly weapons from the future.

Help is at hand. A police telephone box appears in a Moonbase hangar. A time-travelling hero has returned in the hour of Earth’s greatest need. Now, Elizabeth Klein must fight to save not only the Galactic Reich but Time itself from the mysterious prisoner who has orchestrated these fateful events... the Doctor.