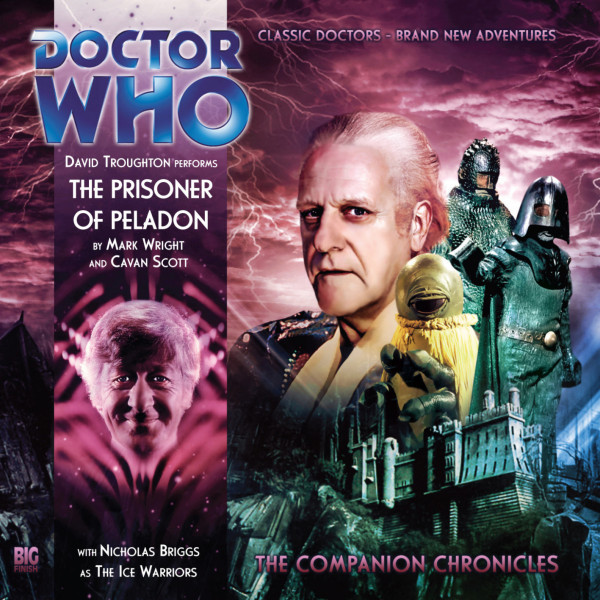 4.3. Doctor Who: The Companion Chronicles: The Prisoner of Peladon

Download
US $2.99
Buy
Save money with a bundle Login to wishlist
16 Listeners
recommend this

A new adventure for the Third Doctor, as told by his friend King Peladon.

"Tonight, I am going to tell you the story of the Prisoner of Peladon, and of the time when a friend and protector returned to our planet. A man called… the Doctor."

The planet Peladon has joined the Galactic Federation, and has undergone a painful period of change. Still eager to embrace alien culture, King Peladon has welcomed refugee Ice Warriors to his world - innocent creatures that are fleeing the New Martian Republic.

But, as an old friend returns to the capitol, there is murder in the refugee camps. Could the truth lie in an ancient legend?

This story takes place between the television stories The Green Death and The Time Warrior.