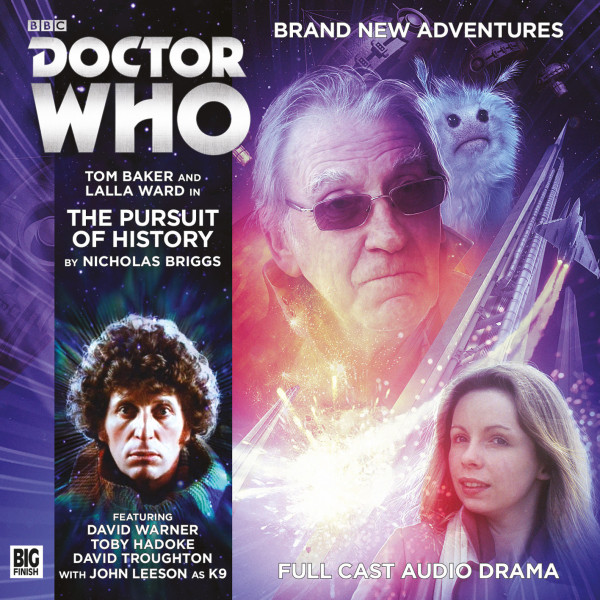 5.7. Doctor Who: The Pursuit of History

CD + Download
US $13.54
Buy
Download
US $11.08
Buy
Save money with a bundle Login to wishlist
5 Listeners
recommend this

On a brisk winter’s morning in 1850s Yorkshire, Cuthbert, head of the intergalactic business known as 'The Conglomerate' prepares to hijack a very special train.

In the far future, his assistant, Mr Dorrick is awoken by howling alarms. There is a problem with the Quantum Gateway.

In the TARDIS, the Doctor, Romana and K9 detect strange distortions in the Vortex, an energy stream coming from a strange creature called a Laan.

The threads of a plan centuries in the making are coming together. But who is behind this plan? And can anyone possibly escape when history is against them?

The adventure continues in Doctor Who: Casualties of Time

Listeners may like to refer to the following Doctor Who releases for story and character background that will enhance the enjoyment of this release:

Parrots, train robberies, economic chicanery and a threat level ramped up to 11... a well deserved 9/10

With its rather epic tone, The Pursuit of History really does feel that "the end of the season is nigh"... the thought of Romana being out of her depth is pretty chilling…