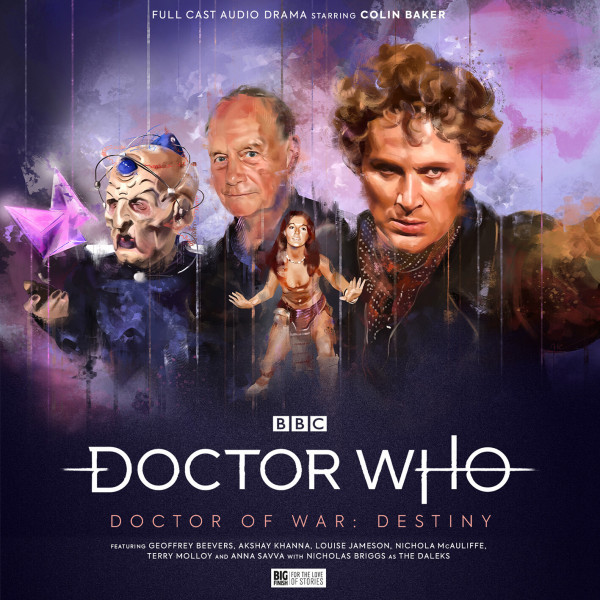 Pre-Order CD + Download
US $23.90
Buy
Pre-Order Download
US $16.99
Buy
Save money with a bundle Login to wishlist
11 Listeners
recommend this

Times have changed. A choice was made and the universe diverged. And now all of history is at war.

One man stands at the centre of it all. But whose side is he on? Is he with the angels? Or the demons? And does anyone even know which is which?

He was a Doctor once, but now he is Doctor no more. He is the Warrior. The Doctor of War.

Who Am I? by Nigel Fairs
The Tesh and the Sevateem are at war, obeying the orders of their God Xoanon. But they cannot know their battle has a higher purpose, one led by the Time Lord responsible for Xoanon’s condition. A Time Lord called… the Master.

The Key To Key To Time by Tim Foley
As battle continues to rage across the history of the cosmos, the White Guardian opts to provide the Warrior with a way out… located at the end of a dangerous quest, with an even more dangerous companion. But can a Time War ever truly end?