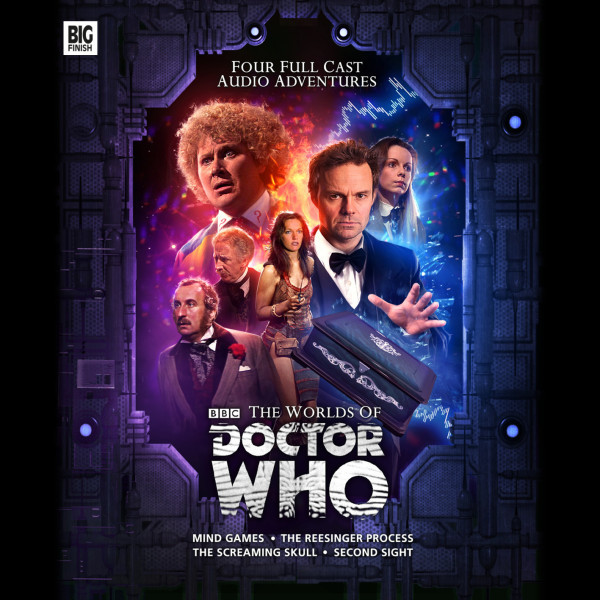 Login to wishlist
14 Listeners
recommend this

Mind Games by Justin Richards
In Victorian England, Henry Gordon Jago and Professor Litefoot investigate worrying events on the streets of London – which seem to be linked to the New Regency Theatre’s resident act, the mesmerist Mr Rees…

This is the opening episode of Doctor Who: The Worlds of Doctor Who, an epic adventure uniting the Doctor's friends across time and space, featuring Jago & Litefoot, Counter-Measures, the Vault and Gallifrey!