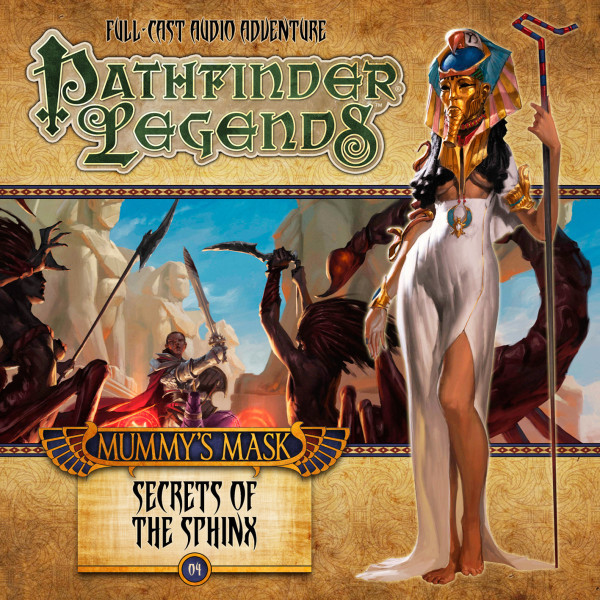 Deep in the Osirian desert stands the blank-faced monument known as the Sightless Sphinx. In search of the stolen mummy of Chisisek, the architect of the flying tomb of the Sky Pharaoh Hakotep I, Ezren, Harsk, Merisiel and Valeros track the cult of the Forgotten Pharaoh to its secret headquarters inside the sphinx.

There they face monstrous mercenaries and servants of the demon lord Areshkagal before finally confronting the masked cultists and their leader, the Forgotten Pharaoh, who has been possessed by a fragment of Hakotep’s soul.

Recorded at: The Soundhouse Studios

The characterisation is fantastic, their interaction intriguing and the ever changing dynamic that exists between the adventurers will strike a chord with anyone who has ever entrusted their fate to the widely variable behaviour of a D20.

An Excerpt from the opening of Secrets of the Sphinx