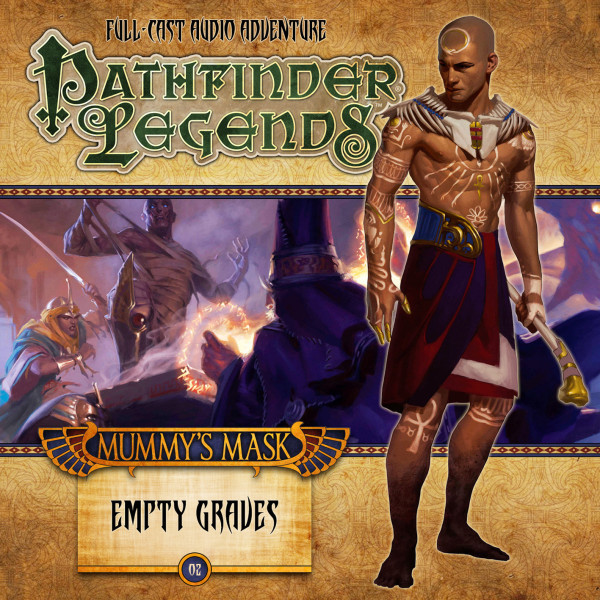 CD + Download
US $6.05
Buy
Download
US $4.99
Buy
Save money with a bundle Login to wishlist
8 Listeners
recommend this

Opening the Necropolis of Wati was a mistake. Undead hordes are streaming from the tombs, causing terror in the streets. Zombies. Ghouls. Mummies. Soon the dead will outnumber the living.

Valeros, Ezren, Harsk and Merisiel must find the Mask of the Forgotten Pharaoh. But can they trust anyone – including themselves?

Recorded at: The Soundhouse Studios by Gerry O'Riordan

An Excerpt from the episode