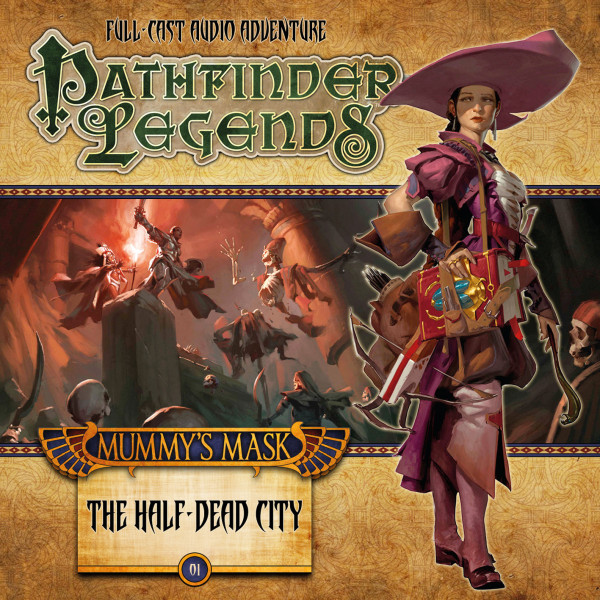 CD + Download
US $5.65
Buy
Download
US $4.99
Buy
Save money with a bundle Login to wishlist
9 Listeners
recommend this

For almost 2000 years the tombs of the Necropolis of Wati have remained sealed – until now.

Adventurers from all over Golarion have travelled to the ancient city to find lost treasure and uncover the secrets of the past.

But some things are best left buried.

The Mask of the Forgotten Pharaoh is about to be discovered – and an ancient evil unleashed.

Recorded at: The Soundhouse Studios by Mark Oliver

As exciting opening chapters go, they don’t get much better than The Half-Dead City... the incredible cast have captured the essence of everything that Pathfinder is and have set in motion the beginnings of a true Sword and Sorcery epic.