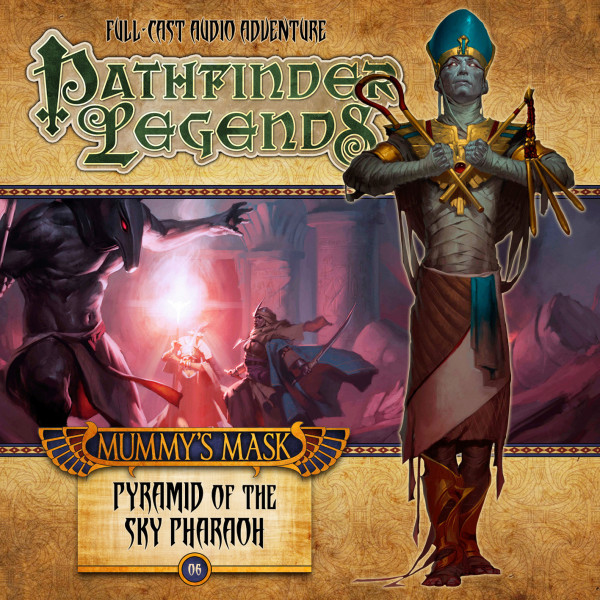 Download
US $5.97
Buy
Save money with a bundle Login to wishlist
7 Listeners
recommend this

Hakotep’s flying pyramid has been grounded, but Ezren, Valeros, Merisiel and Harsk must enter the ancient tomb to deactivate the fleet of smaller flying pyramids poised to attack cities across Osirion.

Deep inside the Pyramid of the Sky Pharaoh, an untouched tomb from the heights of Ancient Osirion, the heroes face undying guardians woken from ageless sleep, culminating in a final battle with the reborn Sky Pharaoh Hakotep himself. Unless they are able to defeat Hakotep and reunite the pieces of his sundered soul to send it into the Great Beyond, Osirion will enter a new age under the rule of a mummified pharaoh from the distant past.

I’ll bet Mark Wright is one heck of Gamesmaster / Dungeon Master / Referee (delete as applicable), one who instils wonder, excitement and fear in equal measure in his players. Fire up your D20’s one last time and get ready to enter the Pyramid of the Sky Pharaoh…