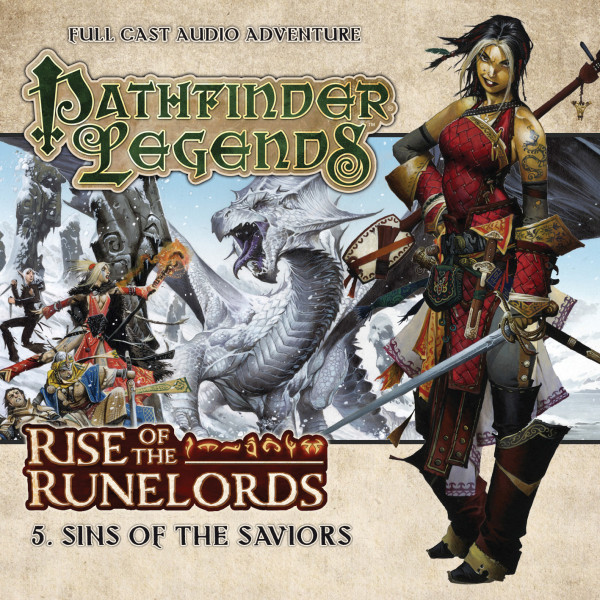 1.5. Pathfinder Legends - Rise of the Runelords: Sins of the Saviors

Download
US $2.99
Buy
Save money with a bundle Login to wishlist
9 Listeners
recommend this

Ezren, Merisiel, Harsk and Valeros discover that Karzoug, an ancient wizard from the long-dead empire of Thassilon, has returned to life. From his city fortress of Xin-Shalast high in the mountains, he has been using the giants to harvest souls to reclaim his lost power. The secret to defeating him before he can reclaim his realm and enslave the region lies hidden in a deadly dungeon called Runeforge.