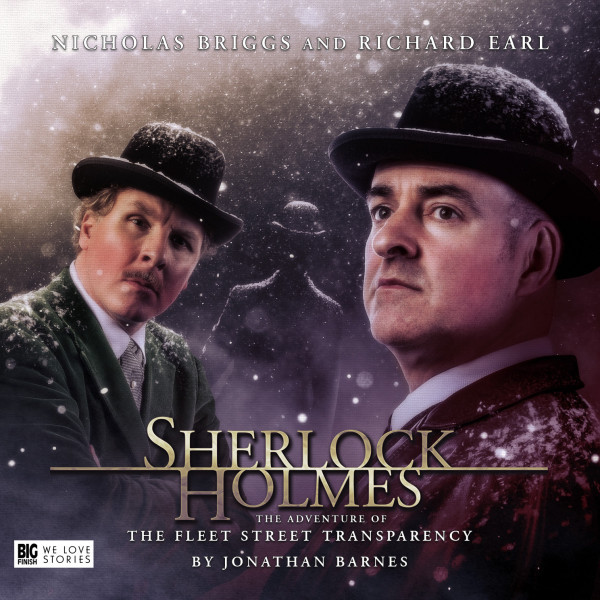 6X. Sherlock Holmes: The Adventure of the Fleet Street Transparency

Download
US $3.62
Buy
Login to wishlist
8 Listeners
recommend this

Westminster, at the end of the age of empire. And here, two days before Christmas... an extraordinary mystery is about to unfold...

Footprints in the snow, an unfathomable assault in a Turkish bath... Watson is baffled, but Holmes has a growing suspicion that a seemingly fantastical encounter will become a reality.

This release is download only, but it also available on CD as part of the release Sherlock Holmes: The Master of Blackstone Grange.

As a small Christmas special to remind Big Finish fans of the Sherlock Holmes range, this is a treat.

A delightful slice of Christmas.

An enjoyable festive treat for fans not just of Big Finish's Holmes line.