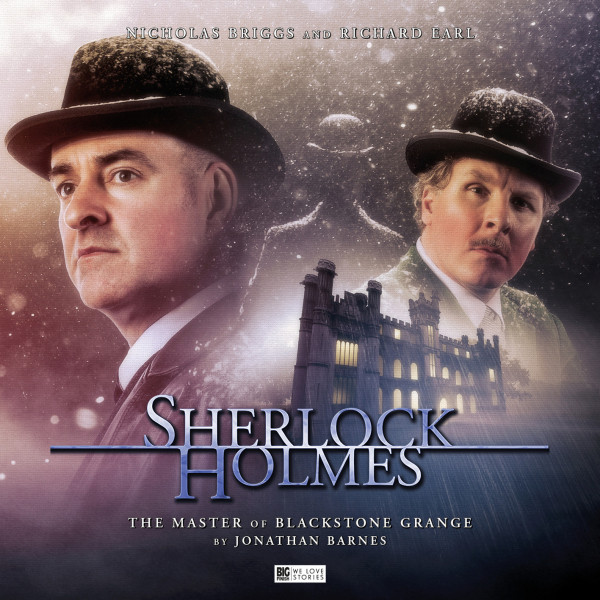 CD + Download
US $30.25
Buy
Download
US $19.99
Buy
Save money with a bundle Login to wishlist
4 Listeners
recommend this

6.1 The Master of Blackstone Grange

The arrival at Baker Street of a client who, unusually, seeks advice from both men brings to their attention the existence of an isolated manor house in the east of England known as Blackstone Grange. The place, for so long the locus of wild rumours of witchcraft and sorcery, has acquired a very modern new master – a charismatic socialite named ‘Honest’ Jim Sheedy, a man of boundless ambition whose influence over British society appears, inexplicably, to be growing.

The detective learns that Colonel Sebastian Moran, released early from prison, travels to meet with Sheedy on the very day of his freedom. But curiosity curdles into obsession when Mycroft warns his brother, in the strictest possible terms, against investigating any further.

6.2 The Adventure of the Fleet Street Transparency

Westminster, at the end of the age of empire. And here, two days before Christmas... an extraordinary mystery is about to unfold...

Footprints in the snow, an unfathomable assault in a Turkish bath... Watson is baffled, but Holmes has a growing suspicion that a seemingly fantastical encounter will become a reality.

This is intelligent, suspenseful entertainment with first-rate contributions from all concerned.

Jonathan Barnes’s story is elegantly constructed and it is thrilling to feel seemingly disparate story elements connect early on, but with a larger mystery remaining out of reach. 4/5

Jonathan Barnes weaves another thrilling tale that, while completely original, acts as a reverent pastiche of Conan Doyle's works - complete with the writer’s favourite trope of having an Englishman return from the US with a mysterious past.

Christmas comes again in March with the release of Sherlock Holmes: The Master of Blackstone Grange... As ever, Nicholas Briggs and Richard Earl do superb work.