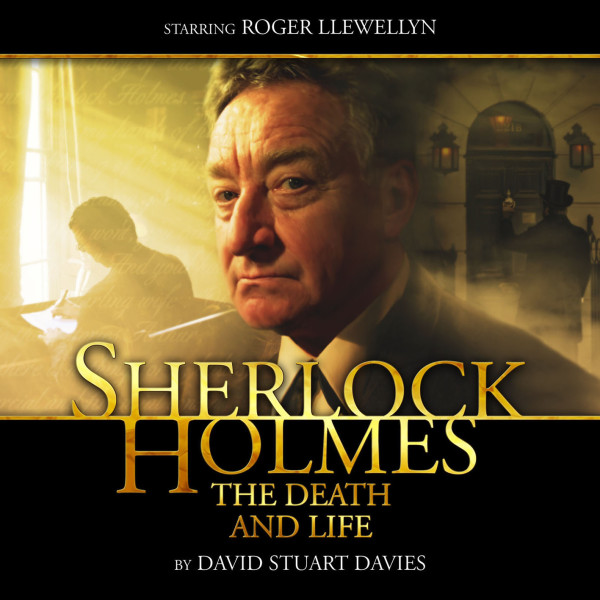 1.2. Sherlock Holmes: The Death and Life

Download
US $6.01
Buy
Save money with a bundle Login to wishlist
3 Listeners
recommend this

Sherlock Holmes steps off the page to save his own life, and in doing so faces a heart-stopping revelation about his own existence.

Haunted by the tag of ‘the Sherlock Holmes man’ and tired of his catchpenny detective creation, author Arthur Conan Doyle employs the services of Professor Moriarty to bring an end to the career of the Great Detective. Aware that some dark force is bent on his destruction, Holmes rises to the challenge and not only encounters his nemesis Moriarty but also learns the terrible truth about his very being. While Doyle appears to achieve his end when Holmes supposedly falls into the terrible abyss of the Reichenbach Falls, he has not reckoned on his fictional character’s immortality. In a remarkable reversal of fortune, the detective appears to triumph.

This unusual, challenging and often highly amusing drama not only presents a fresh and intriguing insight into the Sherlock Holmes saga but also explores the nature of the strange and unnerving relationship between creator and creation.

NOTE: Purchasers will also get a free download of Sherlock Holmes: The Speckled Band.

Recorded on: 11 September 2009
Recorded at: The Moat Studios

Throughout the life of Sherlock Holmes and beyond...