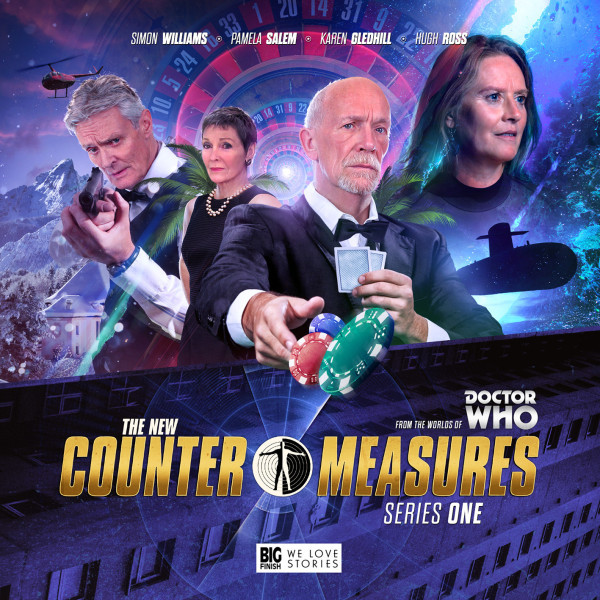 Download
US $30.00
Buy
Save money with a bundle Login to wishlist
11 Listeners
recommend this

1.1 Nothing to See Here by Guy Adams

A series of violent bank robberies are baffling the Swiss police. It's time for New Counter-Measures to step into the breach. But as the crime spree escalates and one of the team gets closely involved, are they going in too deep? Can you go undercover even from yourself?

When a lost submarine is found, the New Counter-Measures team are sent into the depths to investigate. But why? What unusual scheme was being hatched on board? Who has very special designs on Allison? And what's happened to the crew?

1.3 The Phoenix Strain by Christopher Hatherall

After tourists are attacked by the birds circling Parliament Square, Sir Toby Kinsella suspects London is about to turn into an Alfred Hitchcock movie. With feathered foes everywhere, the race is on to find out what's happening... and whether this biblical plague can even be stopped at all.

1.4 A Gamble With Time by John Dorney

In the glamorous casinos of Monte Carlo, a nefarious scheme is being hatched. Fortunately, the New Counter-Measures team are on hand to prevent a disaster. But are they betting with the right hand? When they're playing against Lady Suzanne Clare, all bets are off.