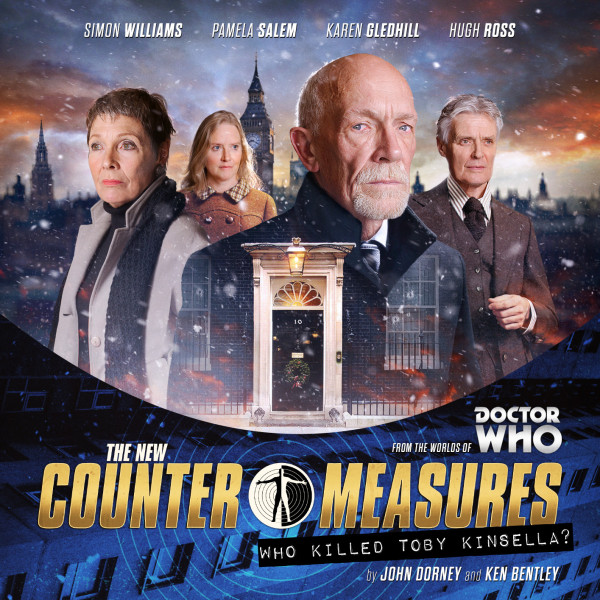 CD + Download
US $16.21
Buy
Download
US $12.99
Buy
Save money with a bundle Login to wishlist
12 Listeners
recommend this

A special feature-length release, forging a new era for Counter-Measures!

It’s Christmas 1973. Nearly ten years have elapsed since the Counter-Measures group vanished. Only one of the remaining members is officially alive. But that is about to change.

When Sir Toby is killed by an enigmatic assailant, his friends fly in from around the globe to attend the funeral where they discover that the truth of their colleague’s murder lies hidden in his past.

A dangerous killer is out for revenge. A terrible assassination is planned. When ghosts walk the street, there’s only one team you need.

The world is in good hands now the Counter Measures Group are back on the case. An excellent fast paced thriller. 9/10

Marching forward with confidence into the 1970’s - Toby Kinsella is dead, but the New Counter Measures live on. 9/10

This is a great burst of energy for an already popular series... roll on the 1970s!

The writing, courtesy of Messers John Dorney and Ken Bentley is first rate, as are the cast, and while the team may not be fighting the usual extra-terrestrial antagonists and other-worldly menaces this time, the shadowy activities that they uncover allow normal service to be resumed in the midst of an exhilarating and absorbing adventure. Jolly good stuff.