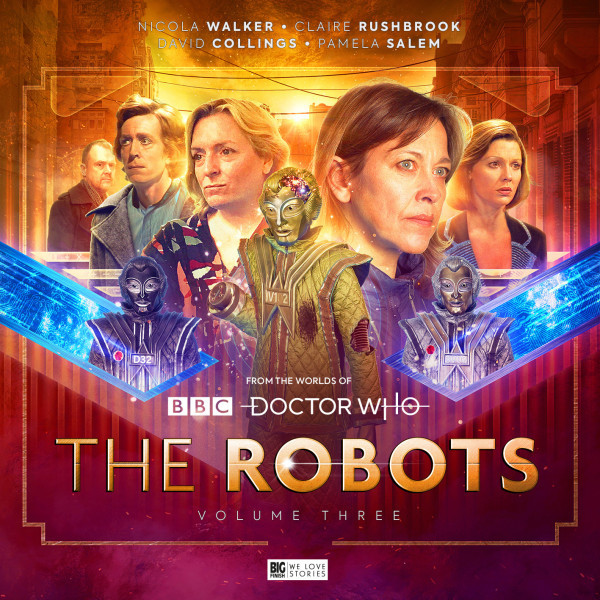 CD + Download
US $30.05
Buy
Download
US $24.03
Buy
Save money with a bundle Login to wishlist
27 Listeners
recommend this

3.1 The Mystery of Sector 13 by Robert Whitelock

Liv is investigating the Sons of Kaldor - looking out for any unusual activity on Kaldor. But when her hunt leads her to an abandoned warehouse, she may have bitten off more than she can chew... And while she’s away, Tula is finding that some problems lie a little closer to home.

Poul has returned to Kaldor City... and Toos is doing her best to help his recovery. After troubling events in a local hotel, he finds himself with another crime to investigate. But are there some mysteries that shouldn’t be solved?

3.3 A Matter of Conscience by Lisa McMullin

Recorded at: The Soundhouse, Moat Studios, and recorded remotely

The Robots is fast becoming one of our favourite spin-offs from Big Finish and is building very well for June 2021 when we get Volume 4. The plotting is careful and the production (and post-production, including Joe Kraemer’s music and sound design by Lee Adams and Toby Hrycek-Robinson) is top notch.