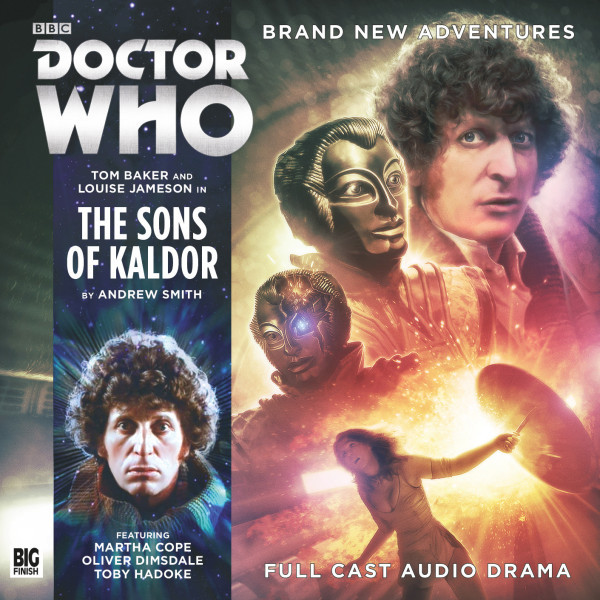 Download
US $10.76
Buy
Login to wishlist
8 Listeners
recommend this

This release is one of four collected together in Doctor Who: The Fourth Doctor Adventures: Series 7 Volume 1

It’s always good to see an underserved foe from the Doctor’s past come back in the audio world and the Voc Robots seem perfect for this.

The Fourth Doctor Adventures, The Sons of Kaldor is a real treat and if you can't afford the whole box set, this story is worth downloading alone.

The Sons of Kaldor opens brilliantly. Tom and Louise are on terrific form.

Expertly recaptures the sounds and tone of its intended era and is able to evoke very vivid imagery, and Tom Baker and Louise Jameson continue to have a spectacular chemistry that authentically and easily carries all of their scenes together.

What we get is a tense political thriller with stakes raised higher and higher that is real seat edge stuff.