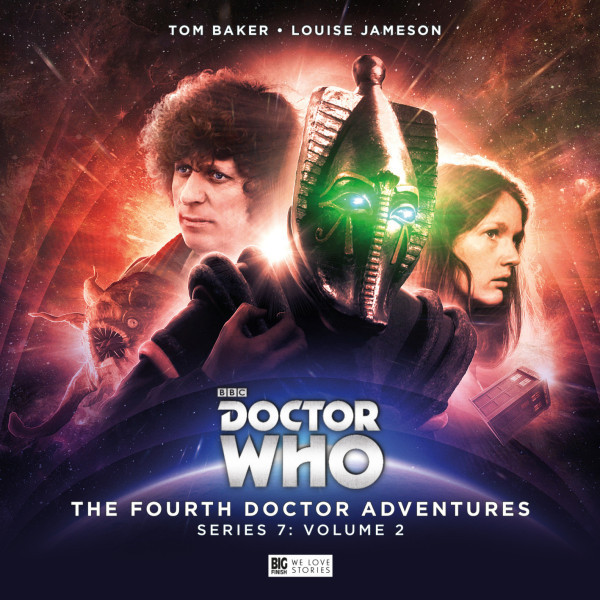 7B. Doctor Who: The Fourth Doctor Adventures Series 07 Volume 02

CD + Download
US $42.33
Buy
Download
US $36.28
Buy
Save money with a bundle Login to wishlist
17 Listeners
recommend this

7.5 The Shadow of London by Justin Richards

The TARDIS materialises in the backstreets of London in the 1940s. Whilst K9 entertains himself in the time ship's library, the Doctor takes Leela for a walk in the streets.

But England’s capital is oddly quiet. There are no cars and very few pedestrians... whilst those people they do meet appear really quite English indeed. And all the while they are monitored by cameras feeding images into a secret control room.

Something strange is happening in the city. Traitors are running wild... and nothing and no-one are quite as they seem.

7.6 The Bad Penny by Dan Starkey

In the 1970s, hotelier Ron Tulip is having a difficult time. Many of his customers seem to be absconding without payment. The few who remain complain of strange noises and terrible sleep. And to top it all he’s just been summoned to the VIP suite... which is something of a problem as he didn’t even realise the hotel had one.

When turbulence in time takes the TARDIS off course, the Doctor and Leela find themselves visiting the same establishment and in the middle of a temporal paradox and a terrible plan.

Because that’s the thing about the Cross-Keys hotel.

You can check in... but you can never leave.

7.8 The Age of Sutekh by Guy Adams

The world has changed. And the evil Osiran Sutekh is returning.

As blood sacrifices and worship boost the strength of the God of War, servicer robots walk the streets, killing those who have not converted.

Leela is working with the homeless population of the city, while the Doctor co-operates with the police.

A brutal battle is ready to begin. And if the Doctor and his friends fail, everyone in the galaxy will perish.

Tom Baker, Louise Jameson and Darren Boyd are all on good form, with Ken Bentley’s direction and Jamie Robertson’s sound design helping with some of the misdirection to ensure that as listeners we’re never too far ahead of the participants. 9/10

This is classic Doctor Who fodder which I could see fitting into the original run with ease.