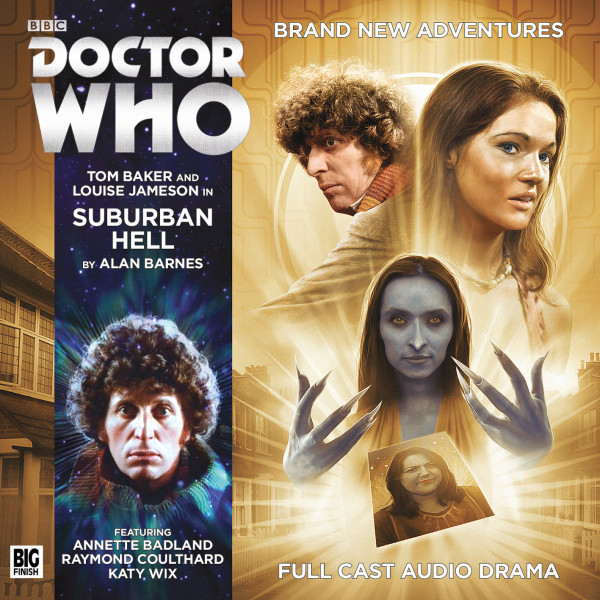 CD
US $15.04
Buy
Download
US $8.99
Buy
Save money with a bundle Login to wishlist
6 Listeners
recommend this

Somewhere in a suburb of North London, there's a crisis. More than a crisis, a positive disaster: Belinda and Ralph are expecting four for supper, and there's no Marie Rose sauce for the Prawns Marie Rose. All in all, the evening couldn't possibly get any worse...

Until the doorbell rings, bringing the Doctor and Leela to the dinner party. They've got a crisis, too – temporal ruckage has sent the TARDIS to another time zone entirely. Meaning they might have to endure a whole evening in Belinda's company.

But the Doctor and Leela aren't the only uninvited guests tonight. There's a strange fog falling, out in the road. And in that fog: savage blue-skinned monsters, with dinner party plans of their own. Because it's not Prawns Marie Rose on their menu – it's people!