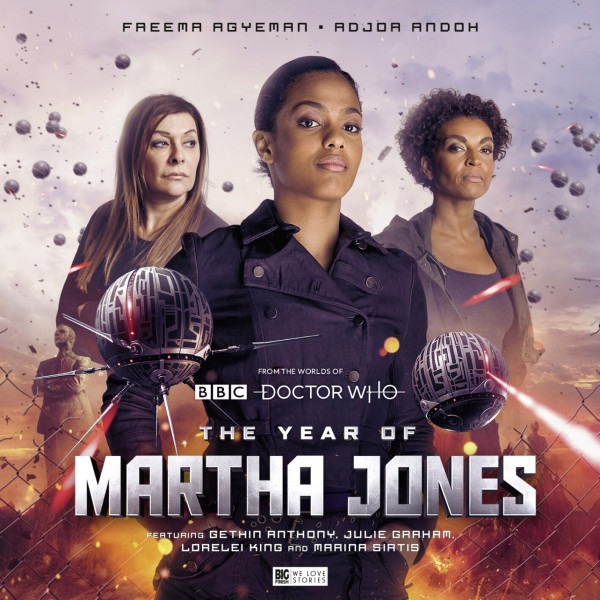 1.1X. The Year of Martha Jones: The Last Diner (excerpt)

The Master has won. He has stolen humanity's future and imprisoned his nemesis, ruling the Earth with an army of deadly Toclafane.

But Martha Jones escaped, and now walks the Earth, telling stories of the Doctor. Above all else, humanity needs hope. And Martha will carry that hope across the world…

1.1 The Last Diner by James Goss

Martha arrives on the west coast of the US and finds an old friend waiting to make contact.

A desperate group gathers for her stories. But when Francine arrives, escaped from the Valiant, she isn't so keen to hear about the Doctor...

These stories are set between the TV episodes The Sound of Drums and The Last of the Time Lords.