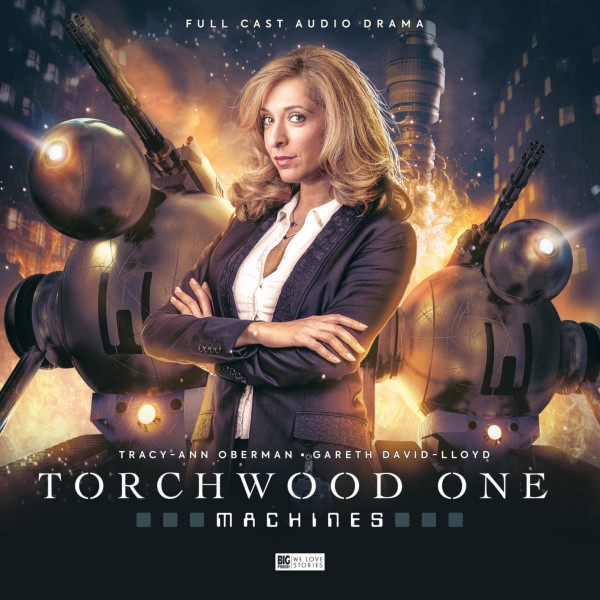 CD + Download
US $30.45
Buy
Download
US $20.00
Buy
Save money with a bundle Login to wishlist
25 Listeners
recommend this

Torchwood One - we defend the British Empire. We keep everyone safe. For your own good.

The Law Machines by Matt Fitton

The Mayor of London is launching her bold new law and order initiative. The capital will be kept safe from crime, from fear, from terrorists. The Law Machines are launching. What could possibly go wrong?

Ianto Jones has just moved to London. He's broke, has no friends, no future. One day he loses the one thing he's been holding on to, and suddenly people around him are dying. Could a mysterious woman really offer him salvation?

It's Monday morning. Stacey loves Mondays. Stacey loves every day. Stacey lives to work. She's a temp and she loves it. Only there's a man in the coffee queue who has a terrible warning for her. Stacey is going to die today.