For the 40th anniversary of Blake's 7 in 2018, we look at the story details and the cover art of the Blake's 7 special release, The Way Ahead.

The Way Ahead marks 40 years since Blake’s 7 – the brainchild of Terry Nation (creator of the Daleks and Survivors) – was first transmitted on our television screens. This sensational story by writer Mark Wright brings together three different time periods of the show into one celebratory tale. 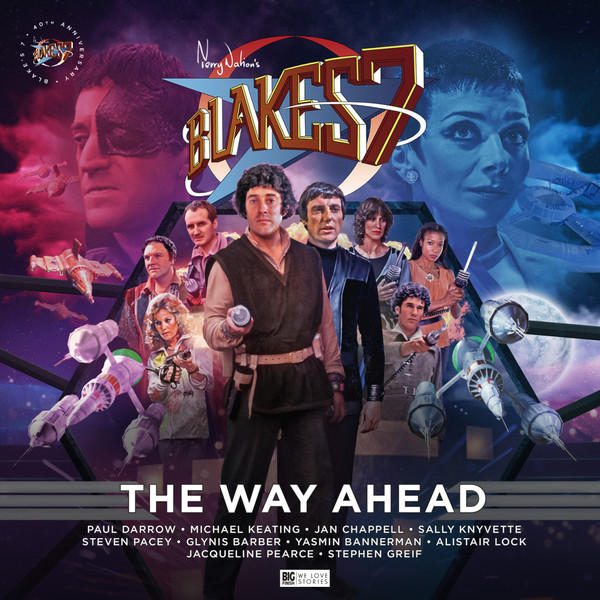 Also coming out in January 2018 is the second part of Blake’s 7: Crossfire – another four tales set around the third season of the television series. 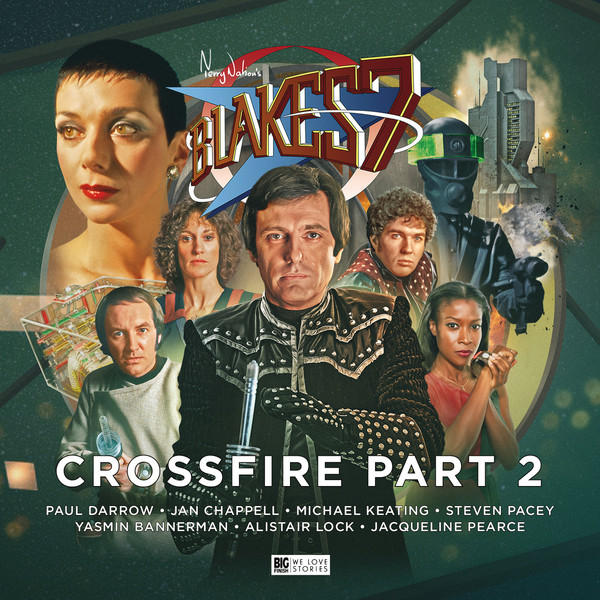 4. 1 Funeral on Kalion by Trevor Baxendale

Thern Sorron, the ruler of Kalion, is dead. Federation presidents, both old and new, attend the funeral ostensibly to pay their respects, but whoever possesses the Seal of Kalion, controls the vast Kalion shipyards.

As the war between the presidents escalates, new recruits are urgently required. Dayna gains first-hand experience of what life can be like as a Federation trooper as she confronts insurgent forces on a frontier world.

The Liberator is lured to the planet Erebus. There, the former Federation president is colluding with an old acquaintance of Avon’s who is eager for a reunion.

4. 4 The Scapegoat by Steve Lyons

On the Federation world of Astra Valadina, the former President is hatching a plan to discredit his successor and turn the tide of the war in his favour. The unwitting pawns in his scheme are the crew of the Liberator.

The Way Ahead, a two hour drama that will be released in January 2018, is available for pre-order at £14.99 on CD or £12.99 on download. Don’t forget that all CD purchases unlock a download exclusive from the Big Finish App and the Big Finish website.

Crossfire Part 2, also being released in January 2018, is available on CD at £28 or on download for £25. Or you can save money by getting all three Crossfire box sets as a bundle for £84 on CD or £74 on download.

Alternatively, combine Crossfire in a bundle with The Spoils of War box set for £100 on CD or £80 on download.