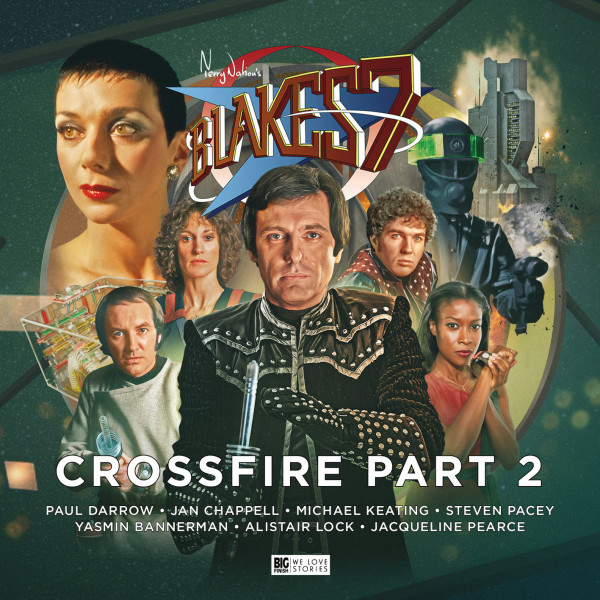 CD + Download
US $30.79
Buy
Download
US $24.63
Buy
Save money with a bundle Login to wishlist
11 Listeners
recommend this

4.5 Funeral on Kalion by Trevor Baxendale

Thern Sorron, the ruler of Kalion, is dead. Federation presidents, both old and new, attend the funeral ostensibly to pay their respects, but whoever possesses the Seal of Kalion, controls the vast Kalion shipyards.

As the war between the presidents escalates, new recruits are urgently required. Dayna gains first-hand experience of what life can be like as a Federation trooper as she confronts insurgent forces on a frontier world.

The Liberator is lured to the planet Erebus. There, the former Federation president is colluding with an old acquaintance of Avon’s who is eager for a reunion.

4.8 The Scapegoat by Steve Lyons

On the Federation world of Astra Valadina, the former President is hatching a plan to discredit his successor and turn the tide of the war in his favour. The unwitting pawns in his scheme are the crew of the Liberator.

As a whole it's a strong set of stories, it gives a sense of the wider Federation, the balance of power as it shifts but the stories also entertain without being forced to fit a larger arc. 5/5

The entire production is of the highest quality, with consistently outstanding performances, sound design and music.