You are here
Tags : Stop Press New Releases Doctor Who News The Diary of River Song

Story details are today revealed for The Diary of River Song: New Recruit, set for release in October 2021. These full cast audio adventures find River Song spending some time on Earth, helping UNIT as their new scientific advisor. And, alongside working with the previously announced Brigadier Lethbridge-Stewart (Jon Culshaw) and Dr Liz Shaw (Daisy Ashford), River Song’s timeline crosses with the Doctor’s third incarnation – but what will he make of his wife from the future?

The Diary of River Song: New Recruit is available to pre-order at £24.99 as a collector’s edition four-disc CD box set or £19.99 as a download, exclusively HERE.. 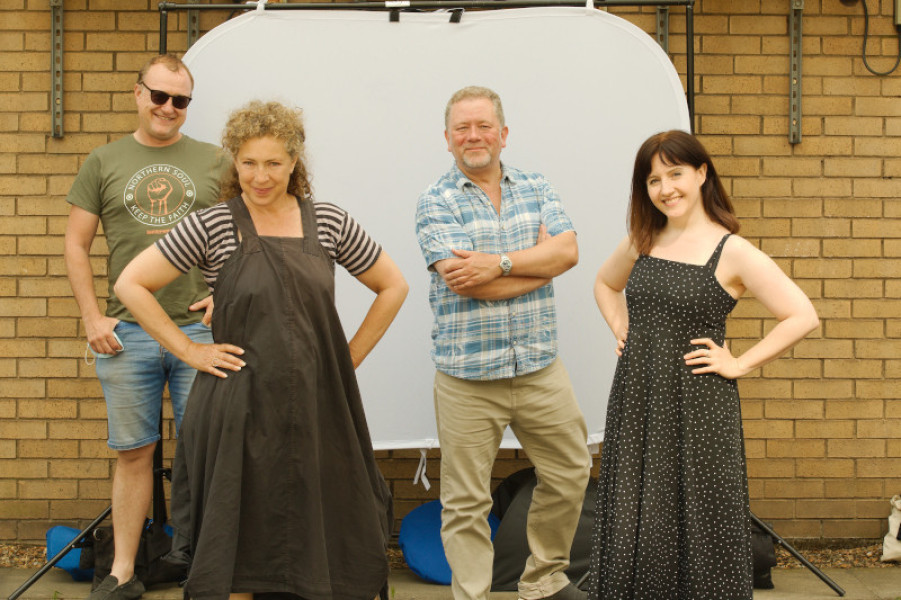 UNIT – the secret organisation established to deal with the odd and unexplained on Earth and beyond.

The Blood Woods by Lizbeth Myles

With the Doctor indisposed, Liz is a little put out to find that the Brigadier has brought in another scientific advisor to take his place.

But when Liz and River investigate otherworldly goings-on in an English village, they soon find themselves relying on each other to survive.

Terror of the Suburbs by James Kettle

There is more to Fetter Bailey than manicured lawns and endless soirees. Dangerous creatures prowl the hedgerows, and something lurks in the freezers…

River believes Intertraxia is ahead of its time, but it’s already shipping innovations in entertainment and computing around the world.  When a man is found dead with alien technology implants, UNIT investigates. Liz and River are about to discover that those connected to the network are never alone…

Rivers of Light by Lisa McMullin

In a Yorkshire mining town, strange temporal distortions and rivers of light crossing forests are enough to get the Brigadier’s attention, and UNIT is mobilised.

But the Doctor is back, and he wants to know who’s been messing around in his laboratory. River’s reasons for being on Earth are about to be revealed…

Script editor Matt Fitton said: "Season Seven of Doctor Who had a special flavour all of its own, and here we've stirred in the added ingredient of River Song, so we can see a bit more of Dr Elizabeth Shaw saving the world with UNIT! With the Doctor away, the Brigadier now has two brilliant, clever women by his side to offer scientific advice on the odd and unexplained.

“I've always thought the character of Liz was gone too soon on TV, and it's wonderful that we now have Daisy Ashford giving her more adventures. What will she make of River – someone with the capacity to be equally as infuriating as the Doctor? And how will the Third Doctor himself react, when he finds a cuckoo in his nest?”

The Diary of River Song: New Recruit is available to pre-order here at £24.99 as a collector’s edition four-disc CD box set or £19.99 as a download.

Big Finish is currently operating a digital-first release schedule. The mail-out of collector’s edition CDs may be delayed due to factors beyond our control, but all purchases of this release unlock a digital copy that can be immediately downloaded or played on the Big Finish app from the release date.