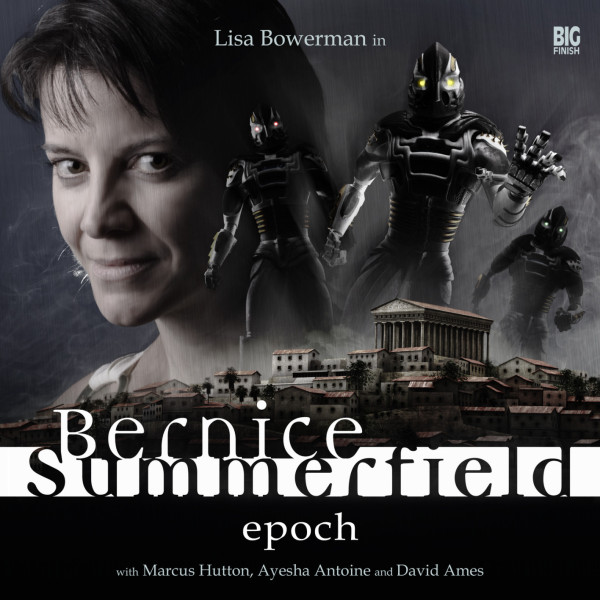 CD + Download
US $30.22
Buy
Download
US $24.17
Buy
Save money with a bundle Login to wishlist
15 Listeners
recommend this

12.1 The Kraken's Lament by Mark Wright

“Gather round, wretched peoples of Atlantis, for Acanthus the Talesmith has a story to tell! A story of adventure, of courage, of a Winged Goddess searching for truth and sanctuary in a friendless city...

On the streets of this fair city, the Goddess searches for a path to the child of two worlds, but finds instead only questions and danger. Be astonished as she defies the rage of the dreaded Kraken! Wonder as she sups with the tragic Queen in her carved stone palace, high above the city! Marvel at her bravery as she gazes deep into the Further Beyond!

Come one, come all and listen! Listen to Acanthus the Talesmith and let him amaze you with his story... the story of Professor Bernice Summerfield and the Kraken’s Lament!”

12.2 The Temple of Questions by Jacqueline Rayner

Life can be dangerous when a god’s got it in for you. Bernice and her Historian allies, Ruth and Leonidas, are trying to unearth the truth behind the mysterious world they’re living in. Poseidon, god of the seas, is apparently offering them answers – but only if they play his games. And he’s not playing fair… Bernice’s new family is in danger of being ripped apart by forces that are beyond their understanding. To keep her friends, she might have to lose the games... and her life with them.

Atlantis is in disarray. The Historians are hiding Bernice, Leonidas and Ruth within their safe house – but the world is changing more than they could have ever imagined.

People are being erased from existence, their memories wiped clean and replaced with those of others. Entire buildings are altering, times are changing... and the Hierophants are on the move.

Can Bernice and her friends save Atlantis from the end of existence? Or will they too be assimilated?

Atlantis has fallen. The Epoch are in command. And terrible decisions lie in wait for Bernice Summerfield.

Bernice and her comrades will be put to the ultimate test – facing Neanderthals on prehistoric Earth; alien creatures on the streets of Victorian London; and the Epoch in the far, far future – but which world will they choose to make their home?

Their journeys have been long and arduous. But soon, they will all end. Because Bernice Summerfield dies today… and, when she does, reality will fall apart around her.

The box set includes a bonus DVD featuring the Bernice Summerfield animated adventure Dead and Buried, together with all-new video documentaries produced exclusively for this release.