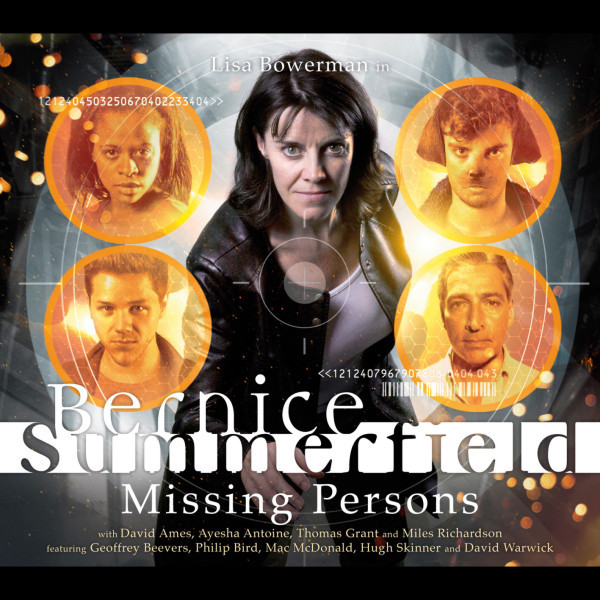 Download
US $24.10
Buy
Save money with a bundle Login to wishlist
10 Listeners
recommend this

When Bernice Summerfield was invited to participate in a cult archaeology broadcast on the mysterious world of Saravas, she could never have imagined the secrets she might unearth there… or the terrible Truth that would stalk her back to Legion.

With friends and family by her side, Bernice quickly finds herself flung into the face of danger: either combatting deranged despots at terraformed garden parties, appeasing gunslingers in the White Rabbit bar, or simply attempting to survive on a barren desert planet, all alone...

The odds are stacked against her, and this is undoubtedly the end for Bernice Summerfield... but she’s determined to go out fighting!

Bernice has been invited to appear on a very special live edition of the archaeology series Big Dig: a programme she grew up with as a girl... which now makes her feel very old. Not as old, however, as the mysterious stone robot she unwittingly uncovers during an excavation on the planet Saravas.

With no other trace of civilisation, this could be the only clue to the truth of the planet’s inhabitants. But when Ruth and Jack start acting strangely, Bernice realises there was a reason things were hidden... and secrets aren’t the only things to be buried.

Welcome to the biggest Big Dig ever!

16.2 The Revenant's Carnival by Martin Day

Bernice Summerfield has never been to Moros Prime before - and it’s unlikely she’ll be rushing back. Moros is a world of diplomacy and warfare, ruled over by a variety of creeps, dandies and outright weirdoes, where cybernetic implants are the latest fashion accessory and the native humans are ethically harvested for their organs.

Peter Summerfield, however, has a job to do: heading the security team at the country estate of Willem van der Heever, the effective ruler of Moros Prime. Because Van der Heever is throwing a masquerade ball - which means fancy dress, fluorescent peacocks and an almost certain attempt on his life.

Van der Heever is not without his enemies... But as Bernice and Peter uncover more about his past, whose side will they end up taking?

16.3 The Brimstone Kid by David Llewellyn

“Welcome to the White Rabbit. What’ll it be?”
“You can start by locking and bolting the doors. Then everyone in here can keep real calm…”

Bernice and Irving were expecting another quiet night at the White Rabbit saloon - their only customers a veteran prospector named Toothless Bob and timid schoolteacher Miss Hannigan. But the evening takes a sinister turn with the arrival of the Brimstone Kid, a wanted outlaw, and the terrifying bounty hunter Cazador hot on his trail...

Soon, Bernice and Irving find themselves caught up in an adventure involving giant, flightless crows, buried treasure and the galaxy’s most ruthless detective agency.

16.4 The Winning Side by James Goss

Wandering the ruins, Bernice tries to solve the mystery. What came to this planet? What wiped out its people? Was it a plague? An alien invasion?

16.5 In Living Memory by Scott Handcock and Gary Russell

Having been captured - albeit technically rescued - by an old enemy, she finally learns the truth about her friends and their disappearances... and realises that she is a cog in a far greater machine.

Whatever happens, this is now the end for Bernice Summerfield… and she’s determined to go down fighting.

But how long can she resist when the odds are stacked against her? And is there really such a thing as a happy ending…?