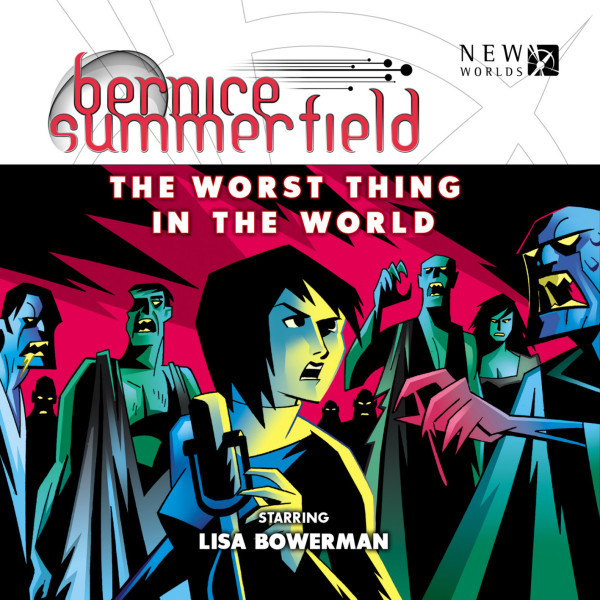 7.3. Bernice Summerfield: The Worst Thing in the World

The Drome was set up with the best - or at least the most blatantly venal - of intentions. A self-contained planetoid-community, wired with microcams, designed to pump out product to the GalNet media-stream twenty-six hours a Galactic Standard Day.

But now the Medium is rotting minds and turning them to murder. The machine is turning out brain-dead zombies, setting them to stumble through the twists and turns of some inhuman and unguessable plan - and Professor Bernice Summerfield, and her ex-husband Jason, are caught in the middle of it!

Now Benny finds herself in a desperate fight for her life. A fight so desperate that she will be forced to do something she has never done before, a horror that she never imagined she could bring herself to commit. The worst thing in the world.