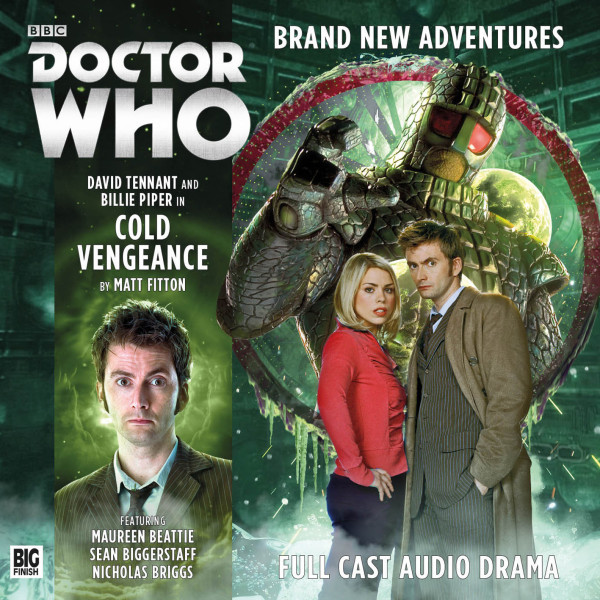 CD + Download
US $13.79
Buy
Download
US $8.99
Buy
Save money with a bundle Login to wishlist
23 Listeners
recommend this

"10/10 Nicholas Briggs puts in a brilliant double performance as both Commander Slaan and the Ice Lord Hasskor. Meanwhile Tennant gets a moment to play with the Doctor’s broodier side as he talks of the Time War and his sacrifices." Blogtor Who

"The final act of Cold Vengeance is absolutely brilliantly written and performed...Overall, Cold Vengeance is a really fun romp that has some impressive and emotional downbeat moments. Everyone in the cast was on top form and Matt Fitton gives us the best rendition of the Ice Warriors since the revival" Gallifrey Archive

The TARDIS arrives on Coldstar, a vast freezer satellite, packed with supplies to feed a colony world.
But there are cracks in the ice, and something scuttles under the floors. Soon, Rose and the Doctor encounter robots, space pirates and... refuse collectors.
As Coldstar's tunnels begin to melt, an even greater threat stirs within. An old enemy of the Doctor puts a plan into action - a plan for retribution.
Nobody's vengeance is colder than an Ice Warrior's.
Recorded on: 11 May 2017
Recorded at: The Soundhouse
Previous release in this range: Doctor Who: Sword of the Chevalier
Next release in this range: Doctor Who: The Tenth Doctor Adventures Volume 02 (Limited Edition)