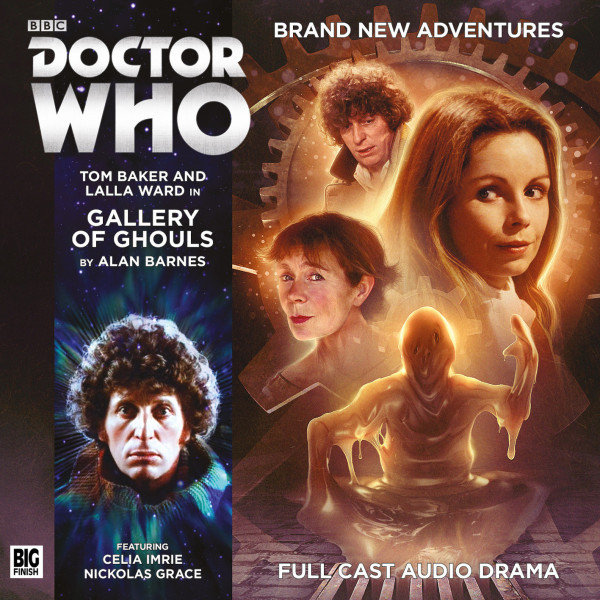 5.5. Doctor Who: Gallery of Ghouls

Download
US $11.13
Buy
Save money with a bundle Login to wishlist
8 Listeners
recommend this

When the TARDIS lands in Brighton the Doctor and Romana have the chance to spend some time at the seaside. But with it being too early for the opening of the Pavilion, they have to look elsewhere for their entertainment - perhaps Madame Tissot's travelling waxworks, recently arrived in town?

But they're not the only ones interested in her Exposition. When an unusual thief commits an unusual theft, the time travellers are on the case.

What exactly is the sinister secret of Goole's Gallery? Is Tissot's heading for a meltdown? And what does it all have to do with the head of Marie Antoinette?