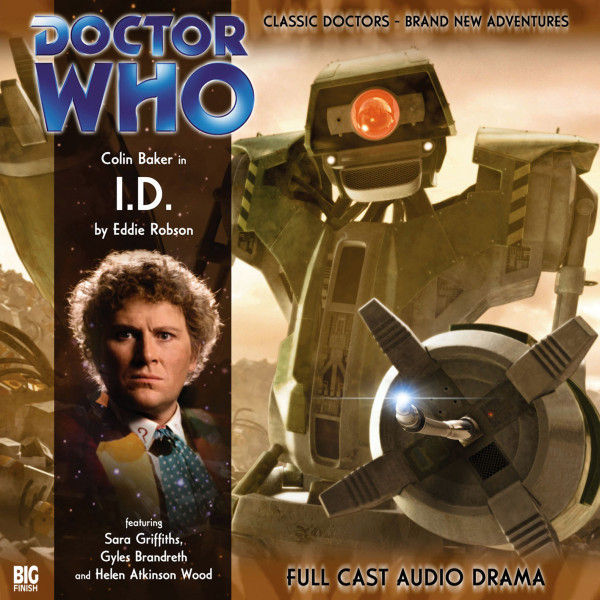 I.D. (A Three-Part Story)
In the 32nd Century, the Doctor finds himself on a planet piled high with discarded computer technology. Picking over these remains are an army of Scandroids, a collection of unsavoury, illegal Data Pirates and a team of researchers from the mysterious Lonway Clinic. This is a world of organic-digital transfer and 'personality surgery' which the Doctor finds disturbing enough, until something far more deadly starts to emerge.

Urgent Calls (A One-Part Story)
Earth, 1974. An innocent phone call. Okay, it was a wrong number, but there can't be any harm in that. Can there?

Sara Griffiths previously appeared in Doctor Who on television with Seventh Doctor, Sylvester McCoy. She played Welsh accented Ray in Delta and the Bannermen.

Gyles Brandreth, who plays Doctor Marriott in I.D. has had an interesting and varied career. He has authored several books, worked as a television script-writer, served as an MP and can be regularly be heard on Radio 4 on such shows as Just a Minute and his own The Brandreth Rules.

Helen Atkinson Wood is well known for her comedy roles on radio and television including appearances in The Young Ones, KYTV and Blackadder in which she played Mrs Miggins.