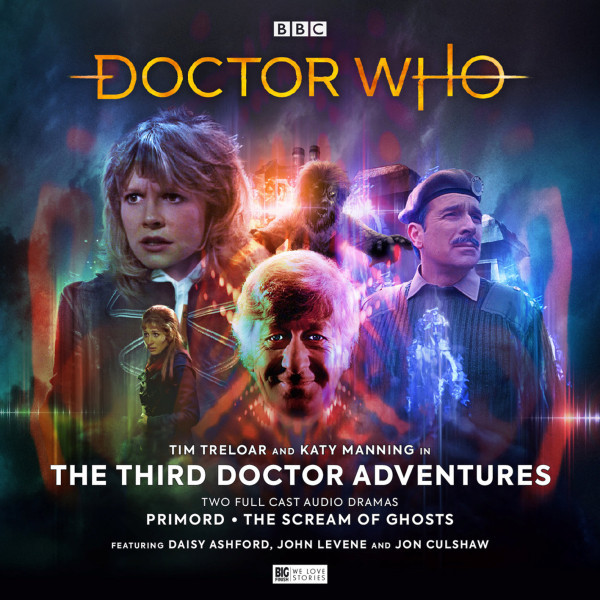 Login to unlock for free!
Login to wishlist
41 Listeners
recommend this

Prisoners are escaping from incarceration all around the country and UNIT have been called in to aid in the search. But the Doctor is unwilling to agree to the Brigadier’s request for help as he and Jo have opted to take a holiday – they’re going to visit his old assistant Liz Shaw, now working in Cambridge University.

But, unfortunately for Jo, the Doctor can’t relax for very long. Soon the Time Lord and his friends are facing an old enemy – creatures they’d long since thought they’d put to ground.

The Primords have returned – and this time the danger may strike very close to home.

You can read an interview with our new Liz Shaw and daughter of Caroline John, Daisy Ashford here.

So here’s a question - in Doctor Who terms... what is a sequel?

It’s not as straightforward as it might appear. Is Dalek Invasion of Earth a sequel to The Daleks? Or is it just another story with the Daleks?

For a long time, I didn’t really feel I’d done any sequels for Big Finish. I’d played with pre-existing concepts like The Celestial Toymaker and Drax, but very few outright sequels.

You see, to me a sequel follows the same threads, ties the stories together. A sequel should do more than just feature the same characters. It should do the same thing... but different.

My first was probably The Perfect Prisoners. Primord is definitely my second.

It’s awfully intimidating doing a sequel to Inferno. I remember finding that story a mind-blowingly good watch when I first encountered it as a young fan back in the nineties. How do you honour a story like that?

Whenever people have floated the idea of a sequel it’s always the alternative universe aspect. And not its featured monsters. (As I was writing this, someone on the Not Big Finish forum said it’d be impossible to bring the Primords back. I laughed, then cried...). They’re underexplored, often ignored. So if we’re looking for the same, but different, that seemed a good place to go. What makes a Primord tick? And what happens when you don’t have another universe to escape to?