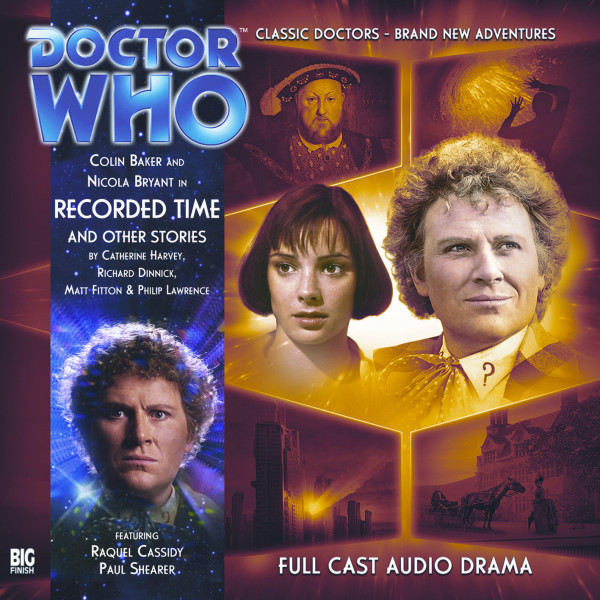 150. Doctor Who: Recorded Time and Other Stories

The TARDIS travellers find themselves at the court of Henry VIII, where the tragic Anne Boleyn will soon be discarded by her King in favour of the lovely Perpugilliam Brown. Or so it is written…

On the legendary lost planet of Sendos, the Doctor and Peri find themselves caught up in the hunt for the cache of galaxy-busting super-weapons stored inside its fabled Armoury.

A Most Excellent Match by Matt Fitton

It is a truth universally acknowledged that a single girl in possession of a mind of her own must be in want of a husband. But which of Miss Peri Brown's rival suitors will be the one to win her hand: handsome Mr Darcy, or the mysterious Doctor?

Five survivors of an unknown catastrophe wake to find themselves caught in an inescapable trap. But can the oddly-dressed man in the question-marked collar work out what's really going on before time runs out – for good?