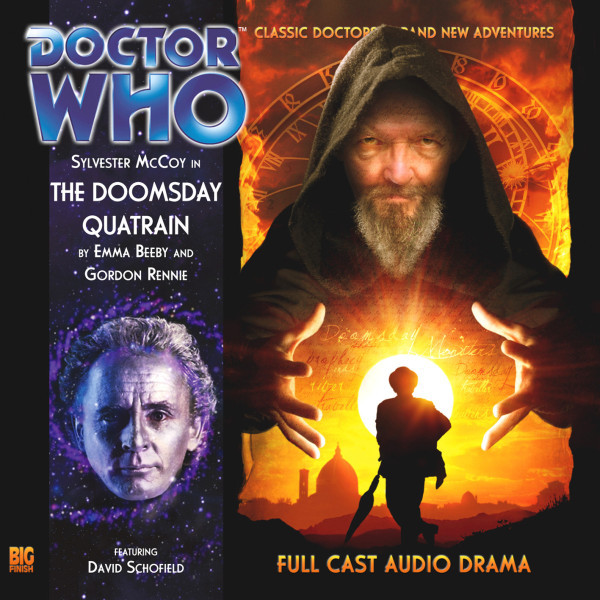 151. Doctor Who: The Doomsday Quatrain

"When the river is gone, ships shall sail in the sky, monsters bring fire from the heavens. All will fall into a grey and endless sea, and Doomsday has come."

Florence, the sixteenth century. No one thought to pay much attention to the prophecies of the so-called seer Michel de Nostradame, otherwise known as Nostradamus. Until the canals of Venice dried. Until the soothsayer's sayings started coming true...

Because Master Nostradamus is right, in all respects. The end of the world is nigh. The ships are coming. The monsters are coming. The fire is coming. There's only one thing he didn’t see coming, in fact: the sudden apparition of a certain strange Doctor, in his even stranger TARDIS. Today, the Earth dies screaming. And all the Doctor can do is watch.

This story takes places after the TV story Survival.