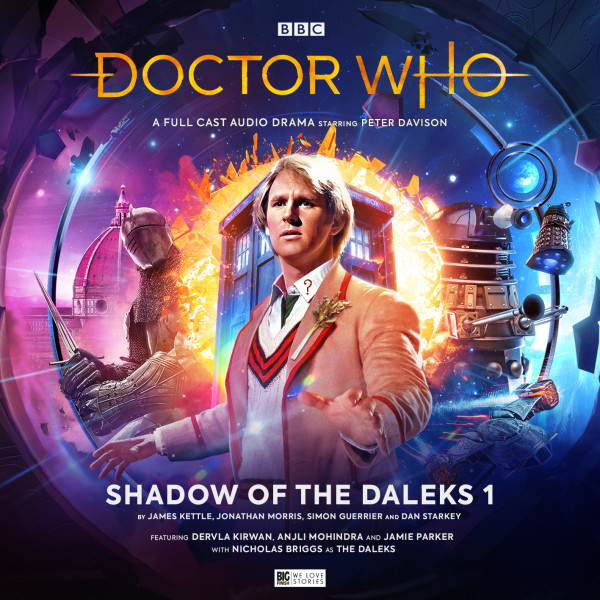 Something is very wrong. The Fifth Doctor is lost in the Time War, heading for an encounter with his oldest and deadliest enemies... the Daleks!

Aimed at the Body by James Kettle

An encounter with a notorious cricketing legend should be right up the Doctor’s street. But the unexpected appearance of an old enemy is about to send the Doctor on a quest.

The trail has led the Doctor to a spaceship in the far future - where he finds himself trapped in the middle of a terrifying revenge plot.

The Bookshop at the End of the World by Simon Guerrier

It’s very easy to forget yourself and get lost in a bookshop. But in some bookshops more than most...

The play’s the thing! Or is it? The Doctor is roped into a theatrical spectacular - but who is he really performing to?

Recorded on: 19 May and 2 June 2020
Recorded at: The Soundhouse, and recorded remotely